A couple years ago, my mom made a dress out of condoms for the Planned Parenthood of Corpus Christi, Texas condom fashion show. They took a one year hiatus, but the show came back this year...with me in it! Well, not me in person, but a dress I designed walked down a runway for the first time! We're just passing milestones left and right here, people!

From watching my mom make the dress, I knew that the less dress we were covering with condoms the better, so short and low-cut it was. I entered the Psychedelic 70's category, so I designed this dress: 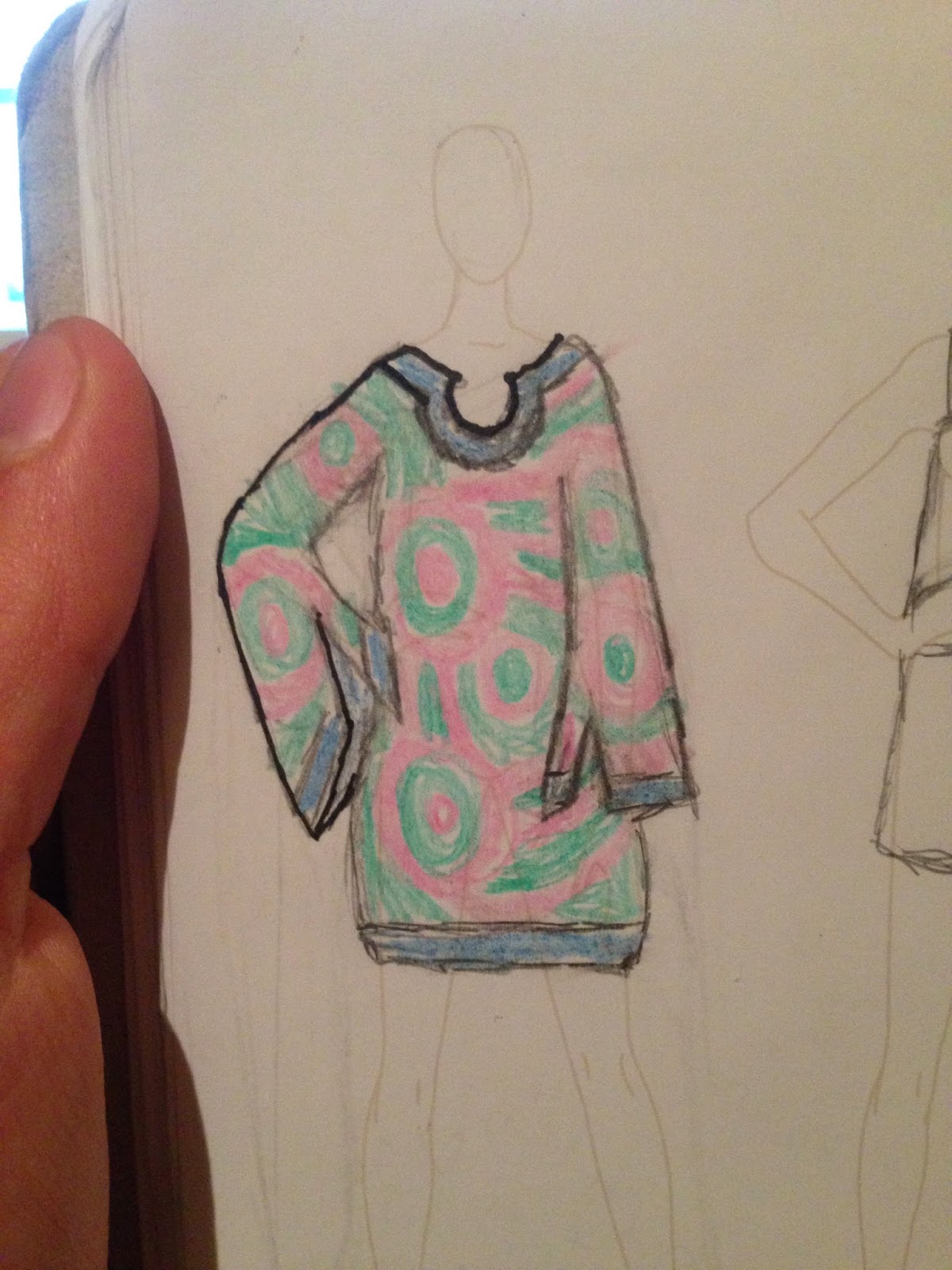 I ended up eschewing the sleeves because I ran out of condoms. They mailed me 500 purple, turquoise and yellow condoms, but they only covered the dress (and we were really nervous about running out at the end). They didn't have pink too, so the color scheme was also switched up a bit.

I went to the thrift store and found this knit Anne Taylor dress to use as the base. 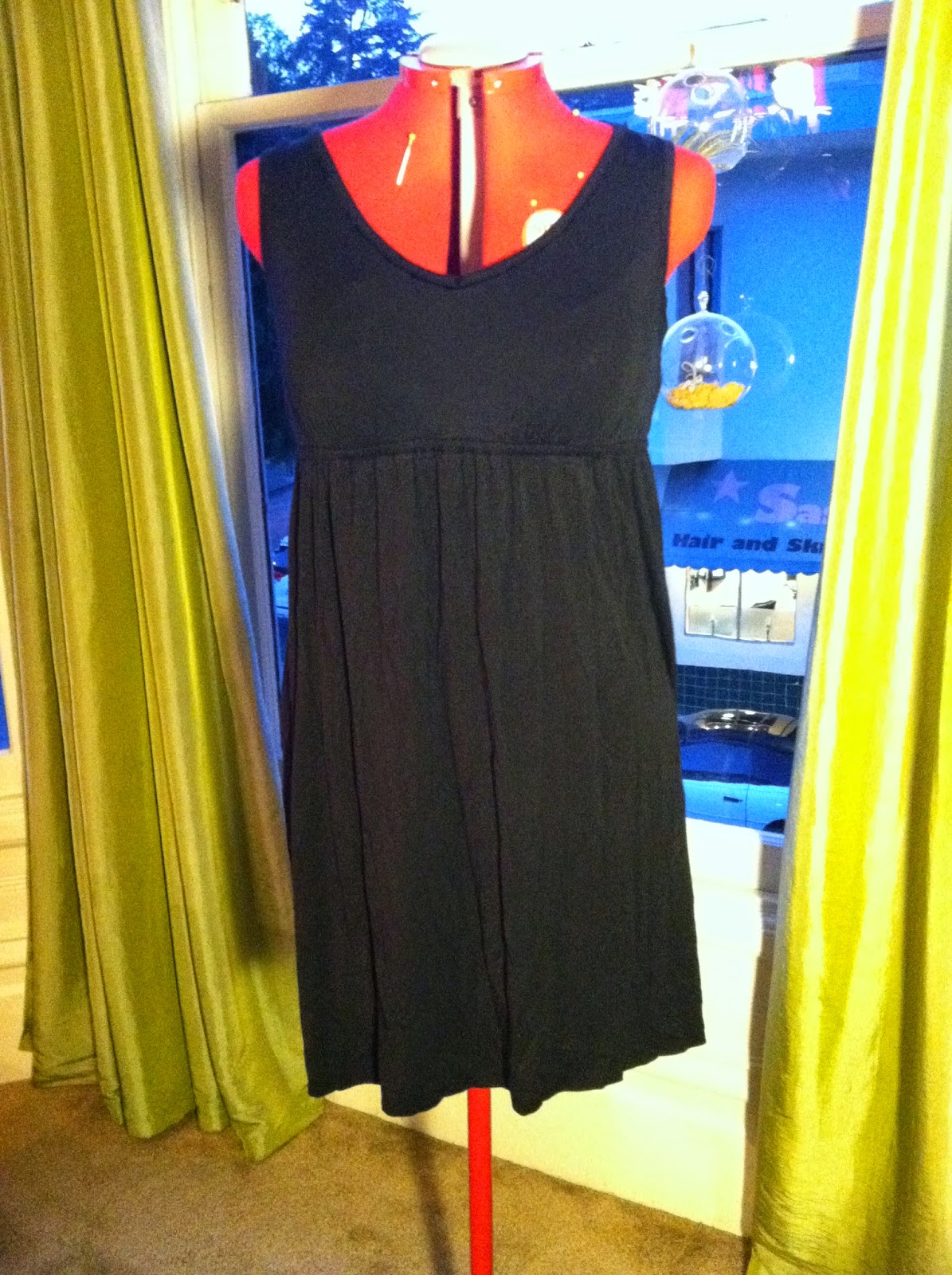 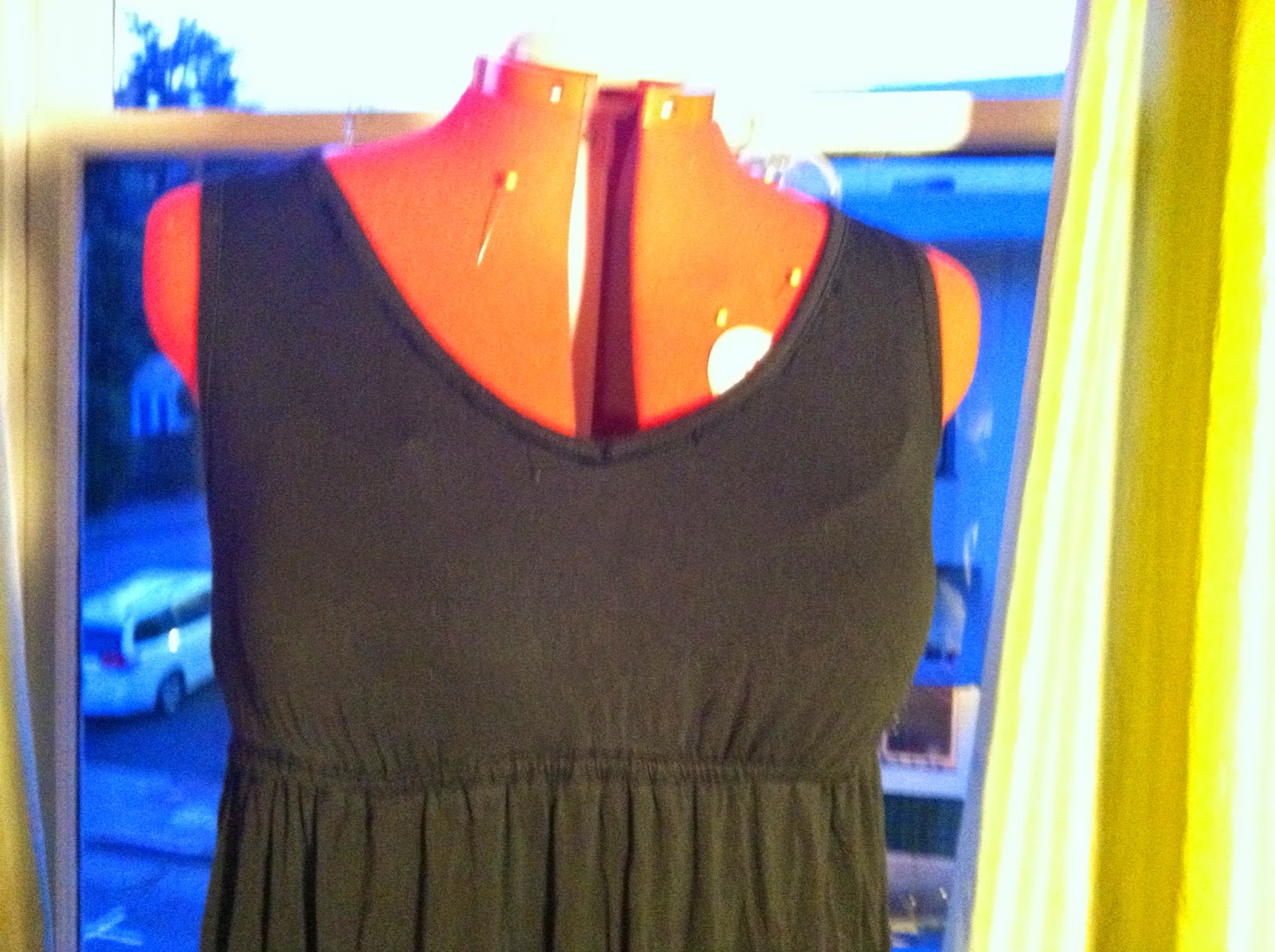 I chopped a whole bunch of fabric off the bottom, then added elastic to give it a bubble-shape.

I also washed aaaaaaall the condoms. I did some research online (which couldn't be done on school wifi, because a lot of those websites were blocked...) which led me to a dish soap + water bath and overnight-drying session. 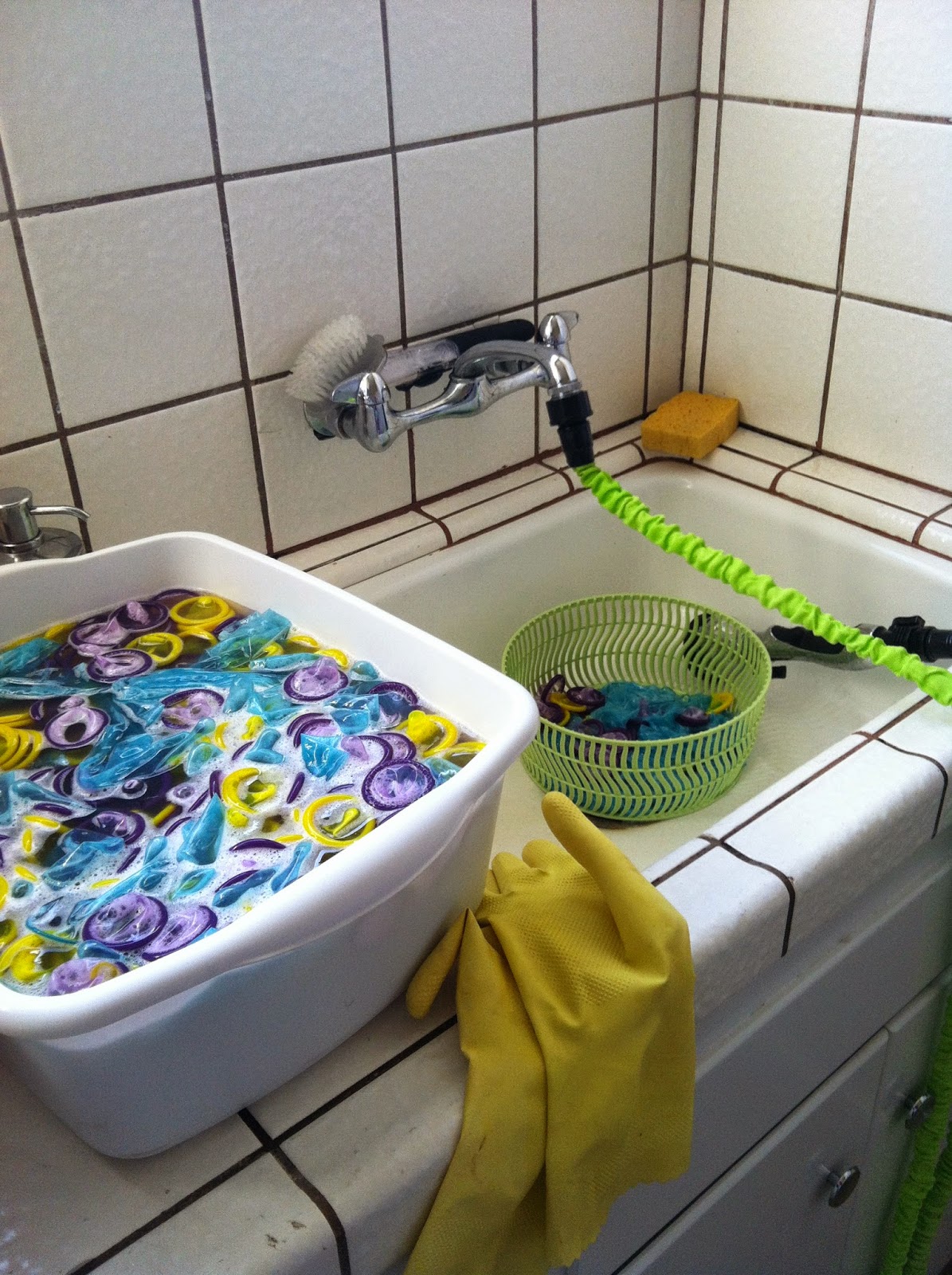 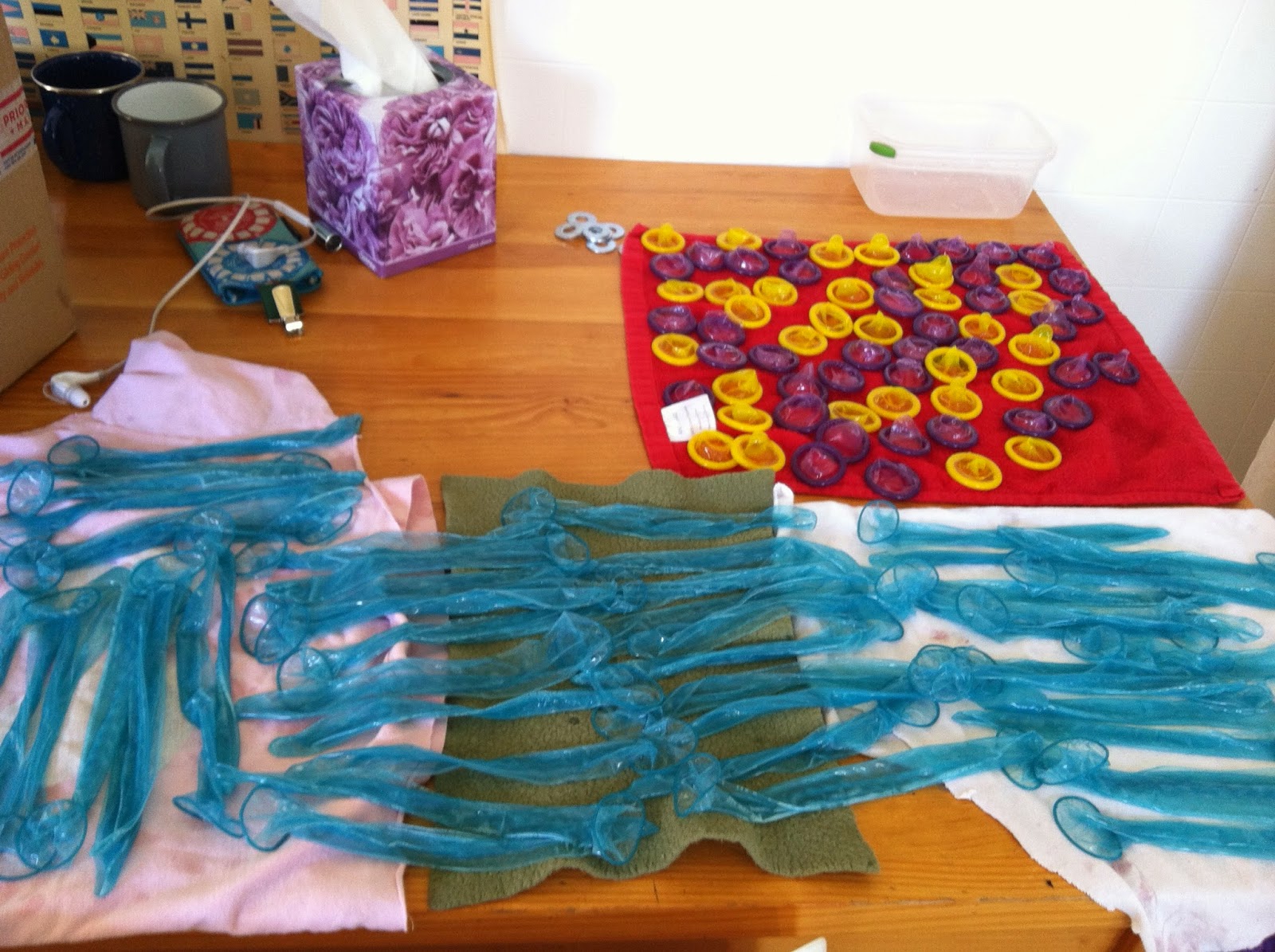 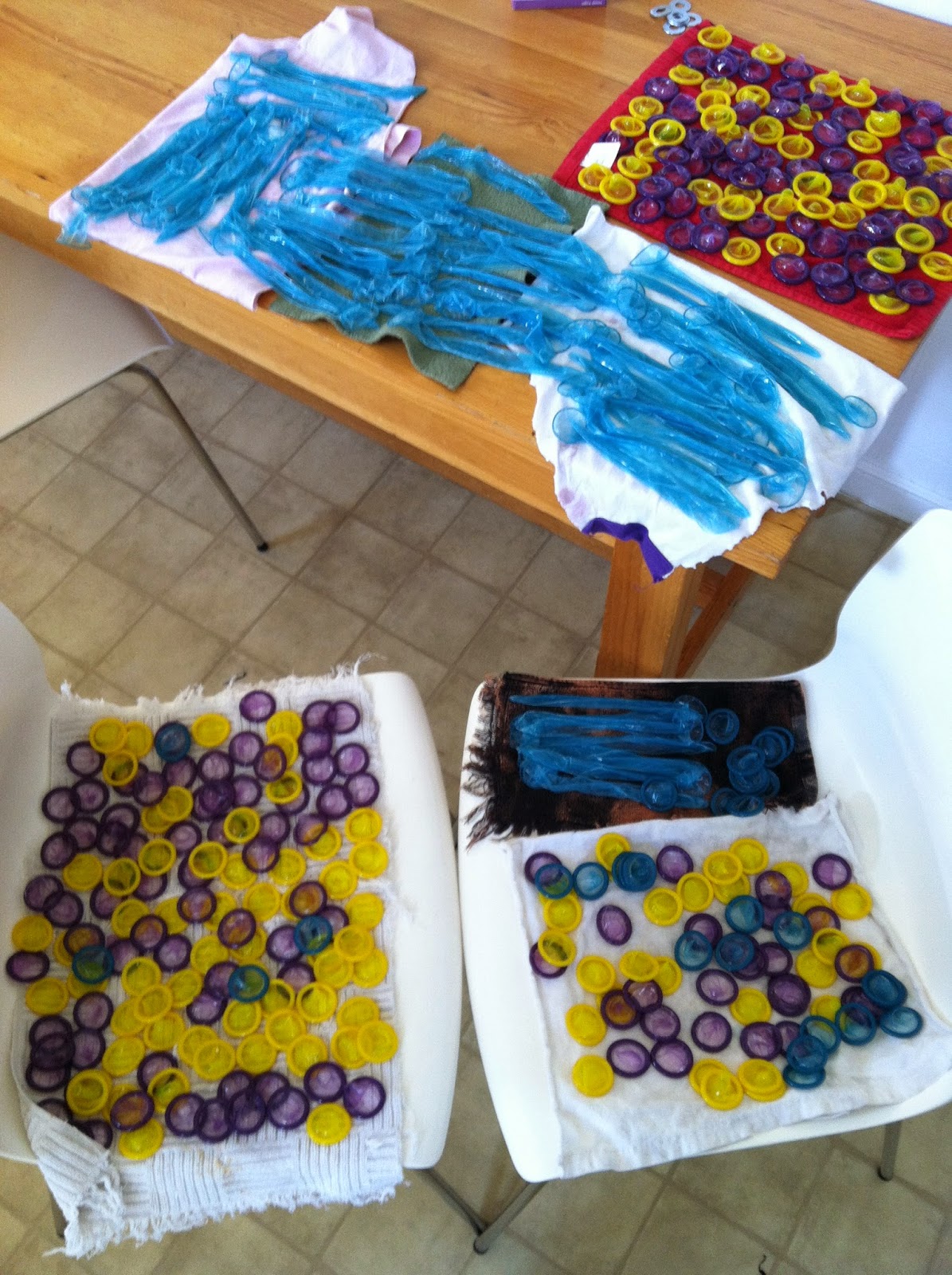 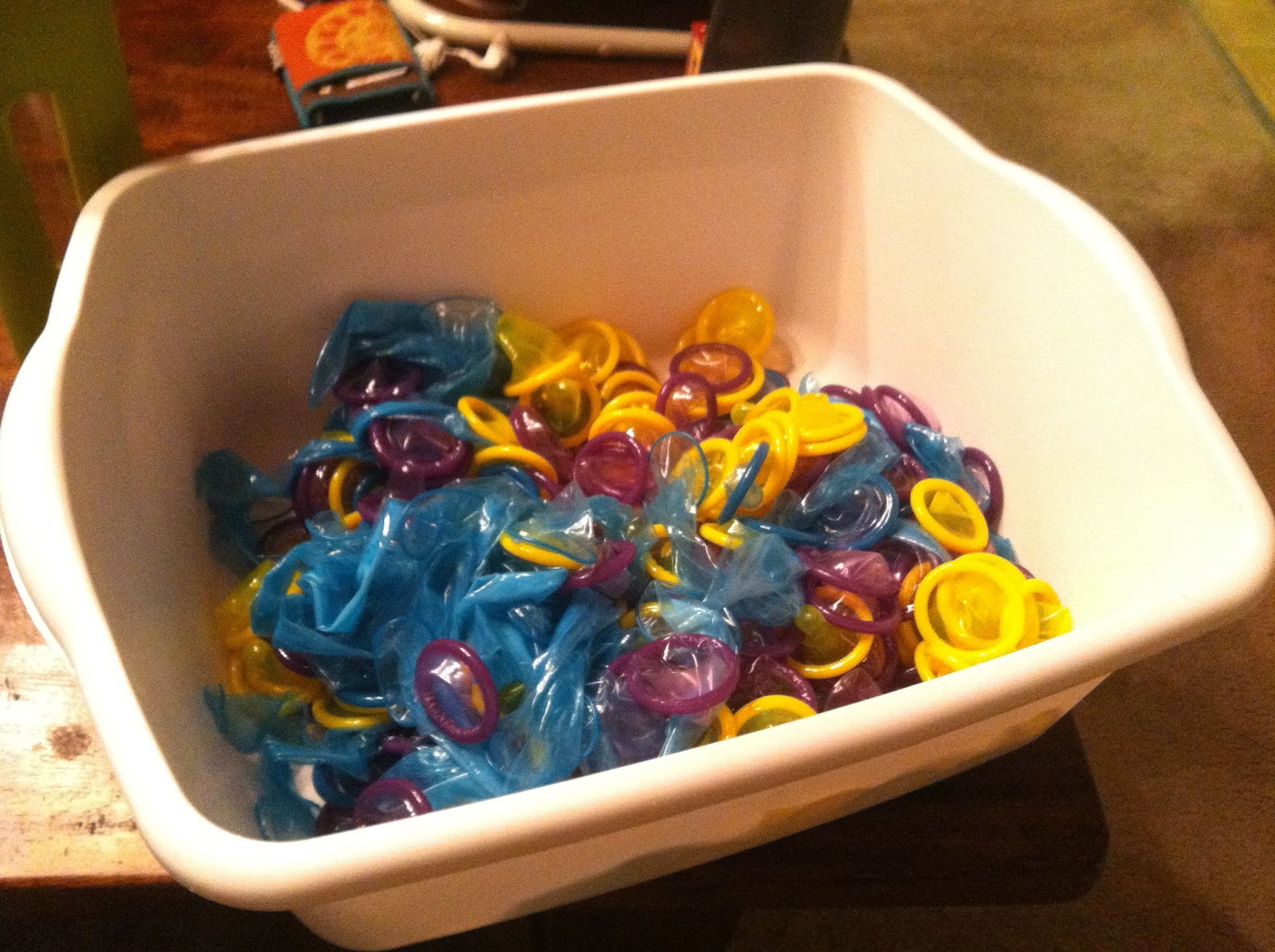 I left the majority of them rolled for the bullseye pattern, but unrolled a few for the fringe.

From the beginning until the end of this project I felt like I was covered in lube. I mean, yikes, that stuff gets everywhere and will make your hands and your phone and your table and your scissors and your glue bottle and your safety pins eternally greasy... 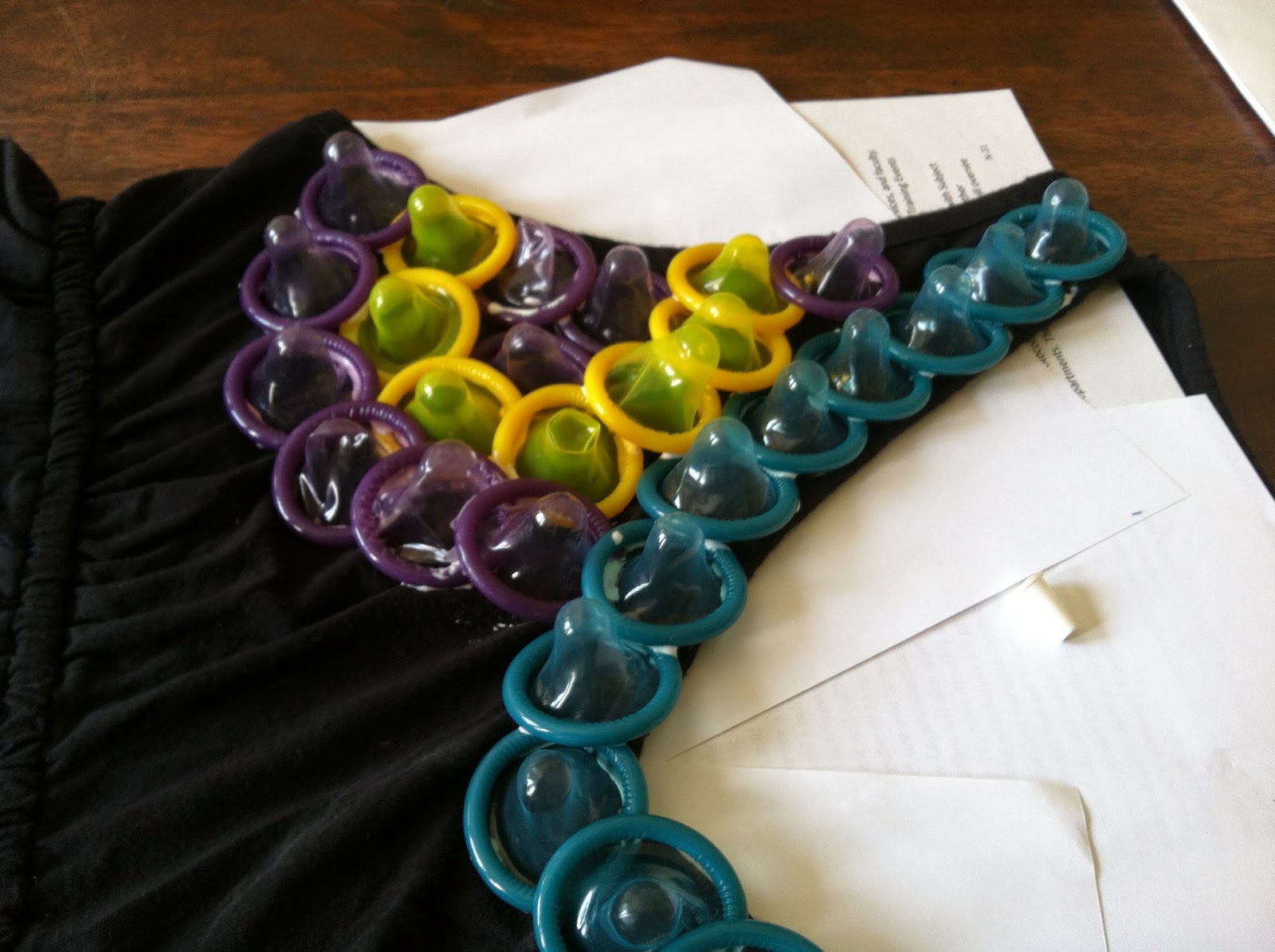 After some trial-and-error I concluded that the best way to attach the condoms was with tacky glue, so I started by trimming the neckline in turquoise and beginning the bullseye pattern. It all had to be done in stages as it had to dry perfectly flat or the condoms wouldn't adhere. 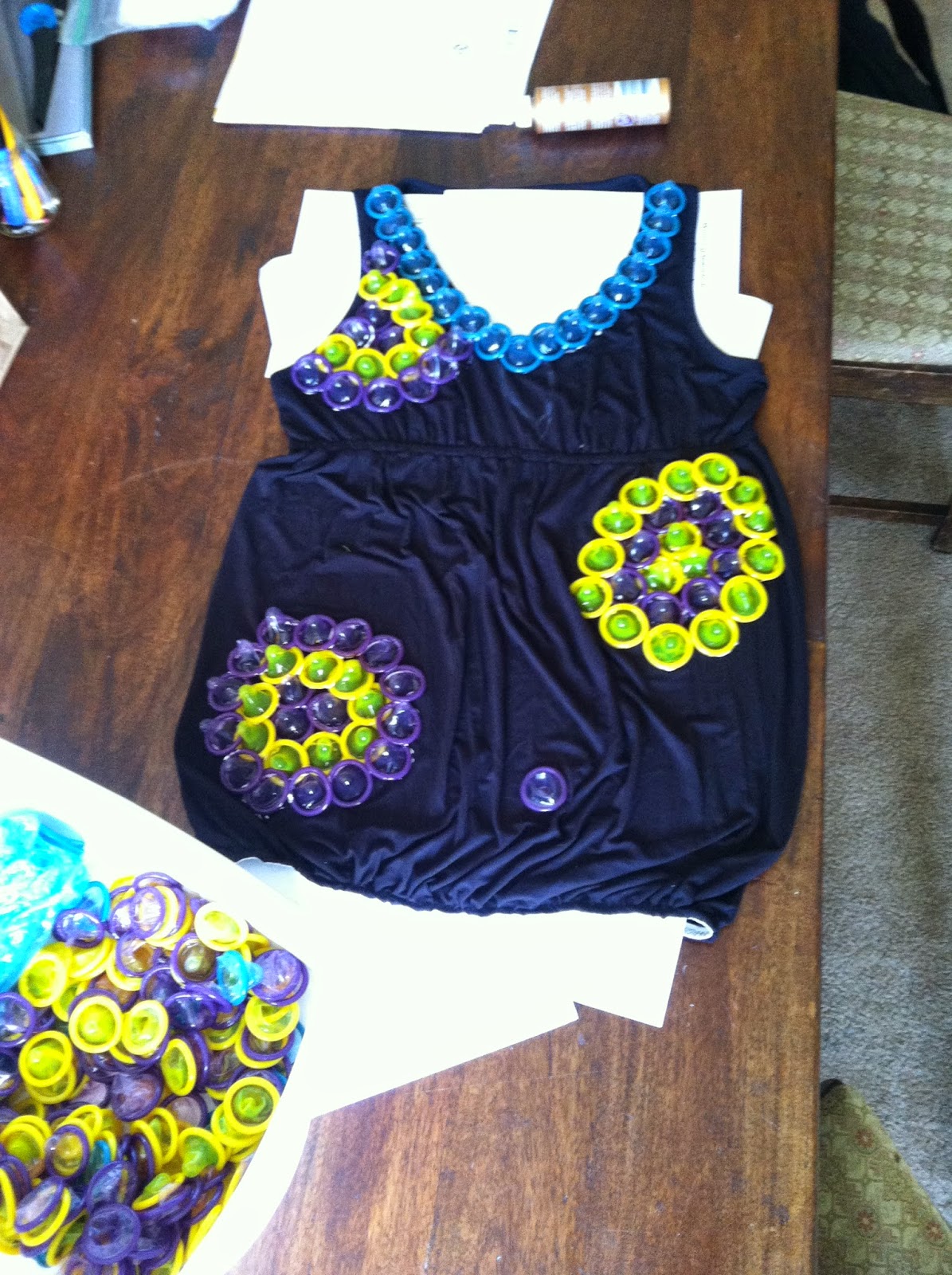 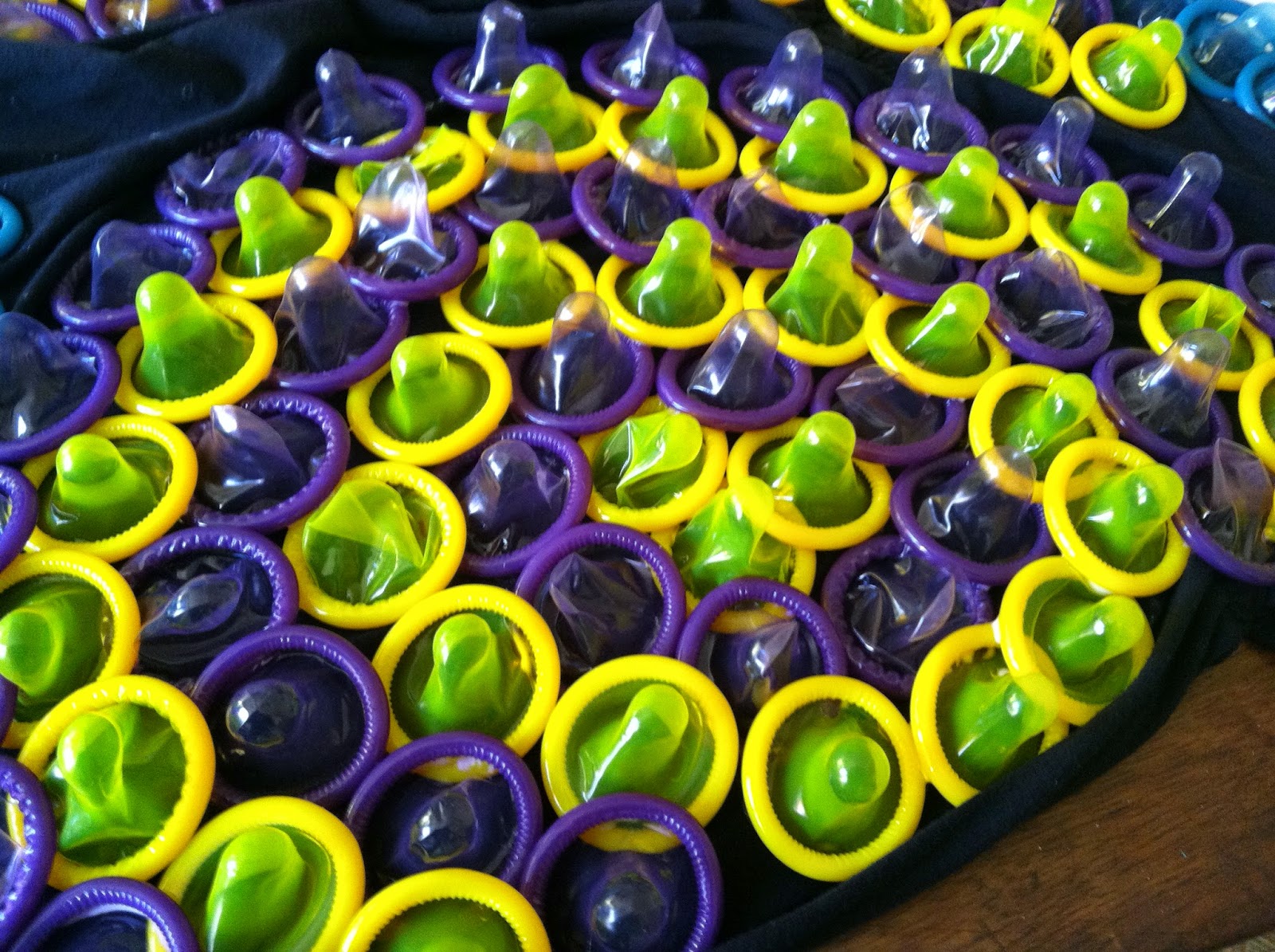 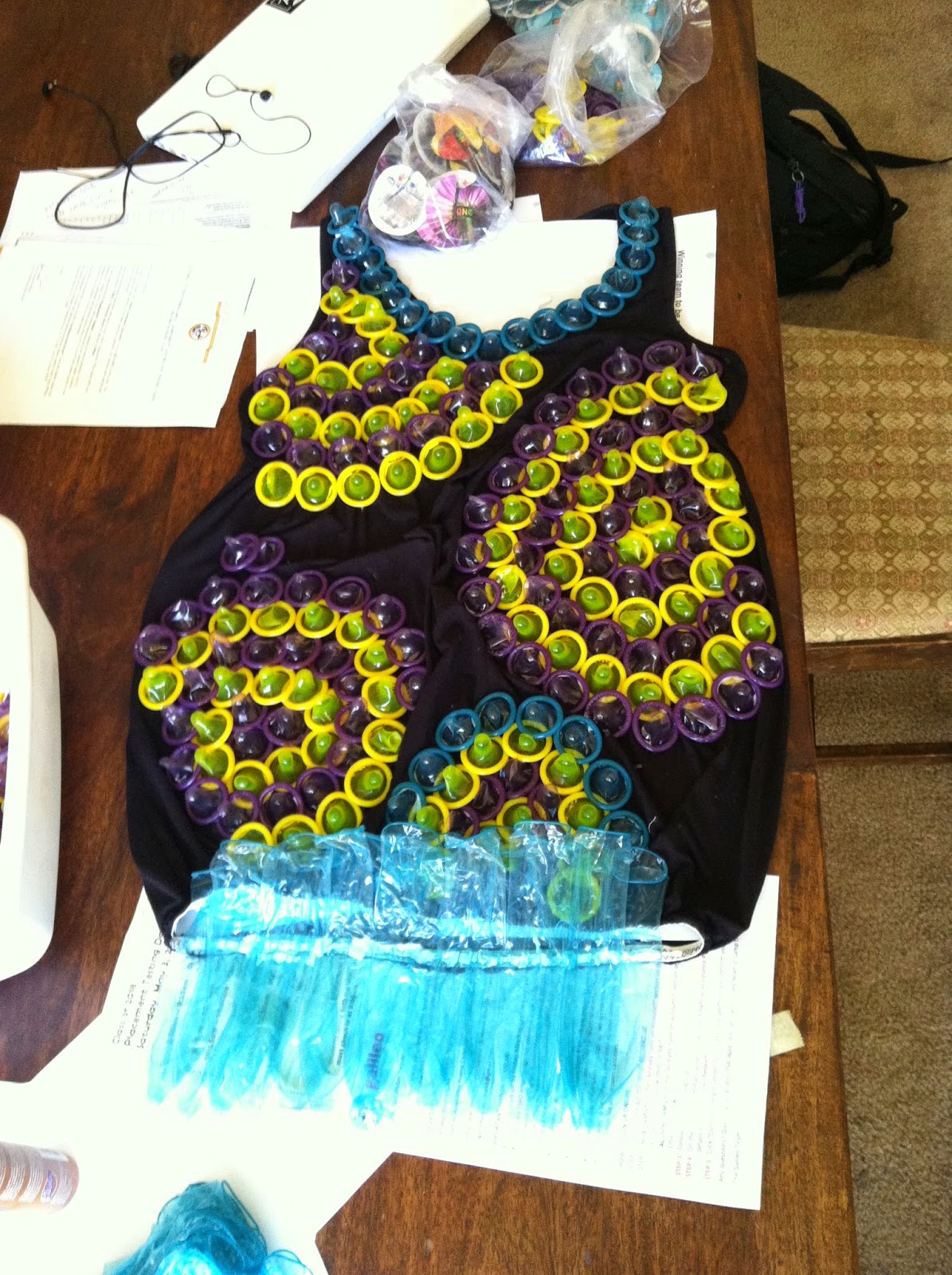 The fringe was glued onto the elastic from the inside. 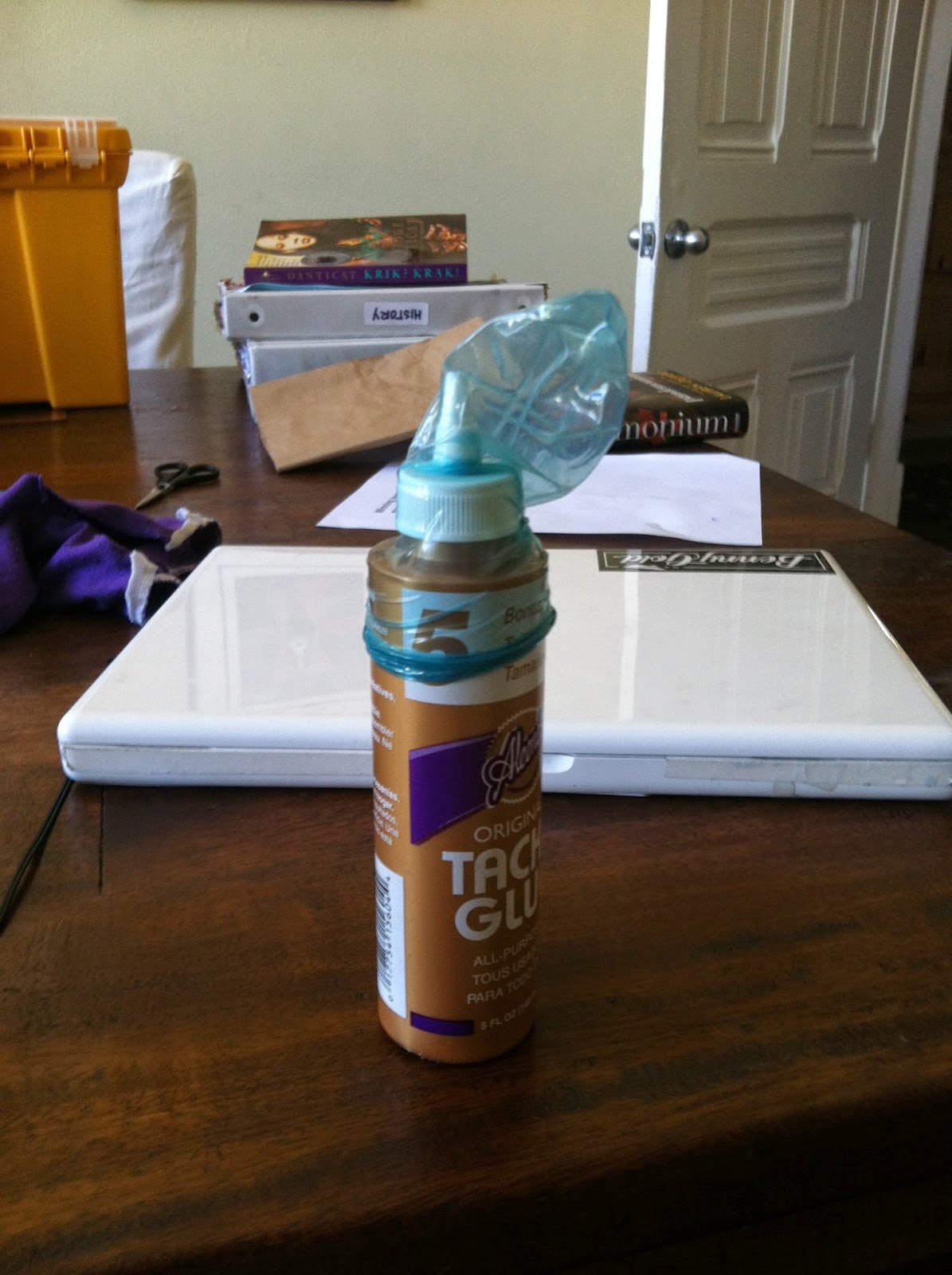 At some point, I lost the cap to my glue so I used a condom to keep it from drying out. Who knew these things had so many uses, huh? 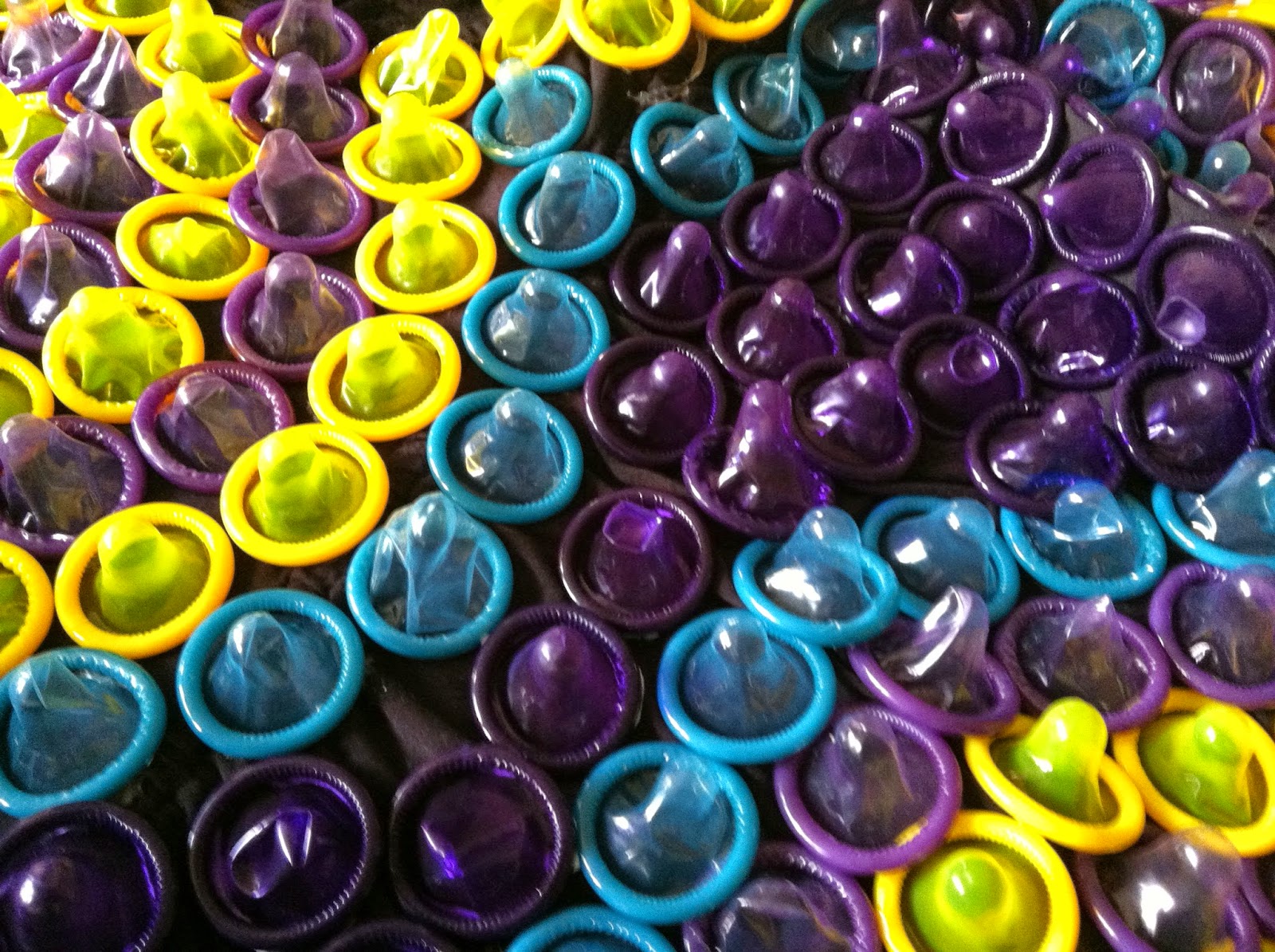 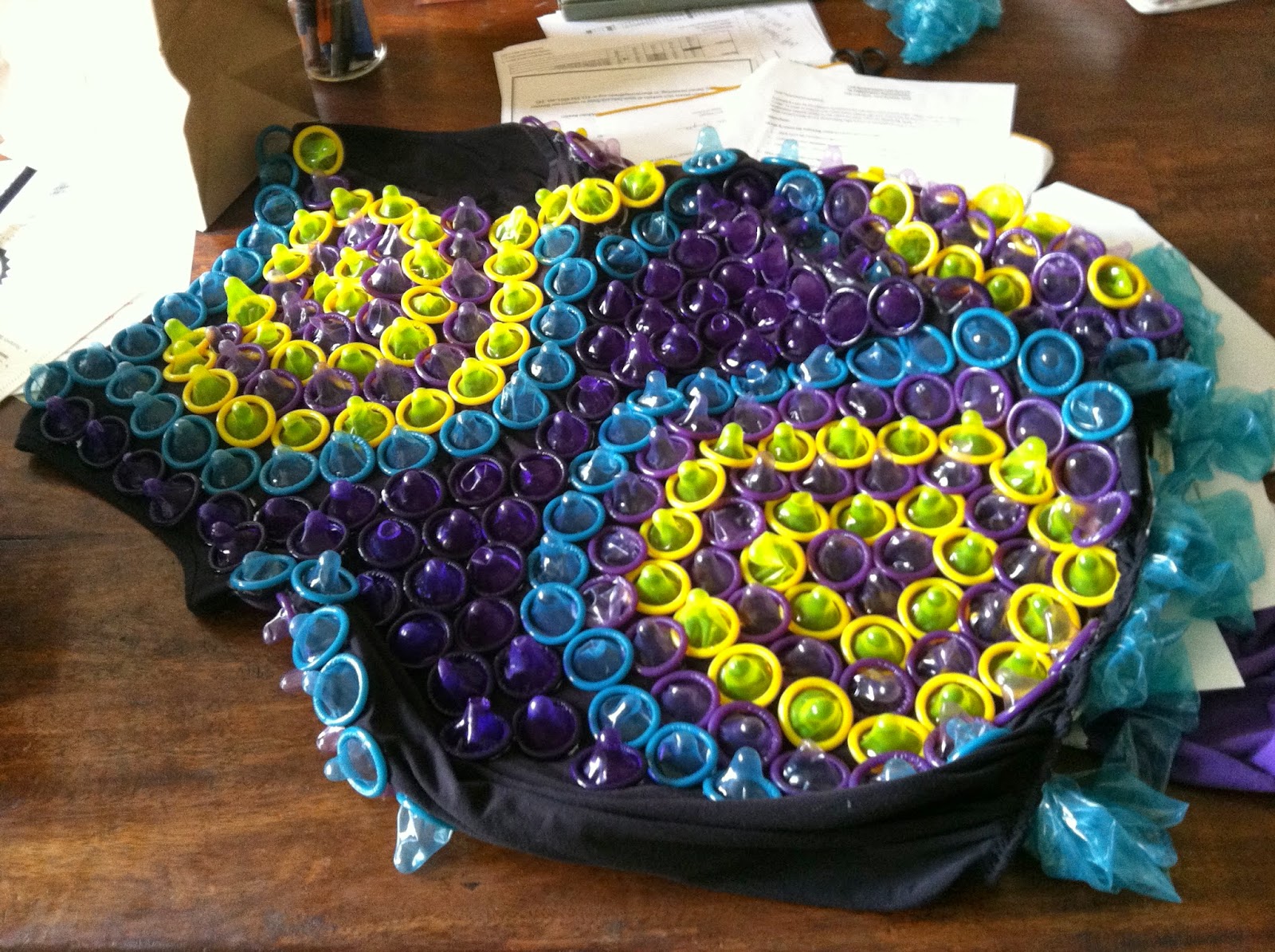 If you can believe it, I actually did this whole project during Memorial Day weekend. Burned tons of midnight oil finishing this and "studying" for finals, but c'mon. Who can study when there's so much awesome crafting to do? 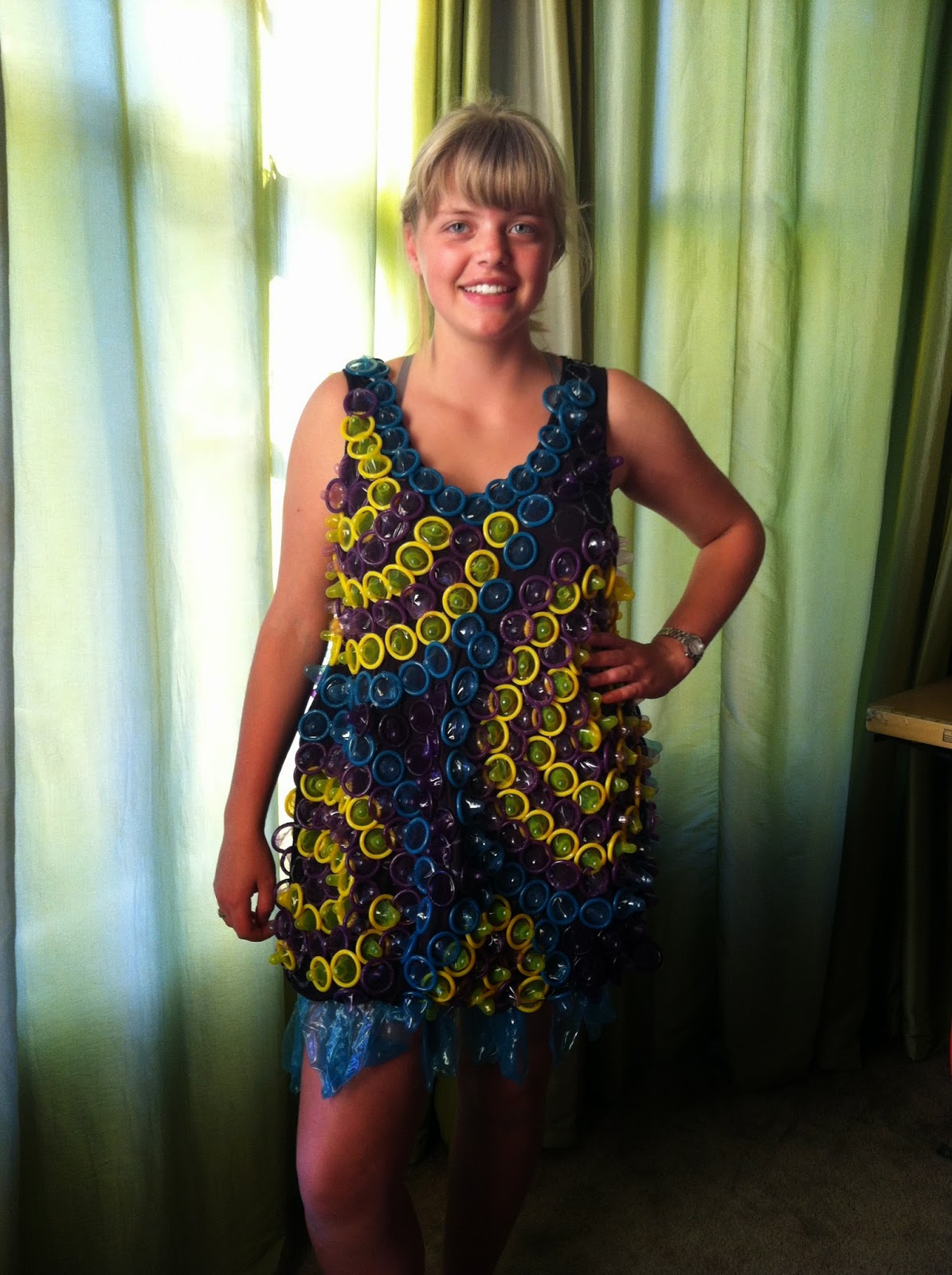 And here's the final product! Luck was on our side and my model in Texas was the exact same size as me, so I got to try everything on! Yay! 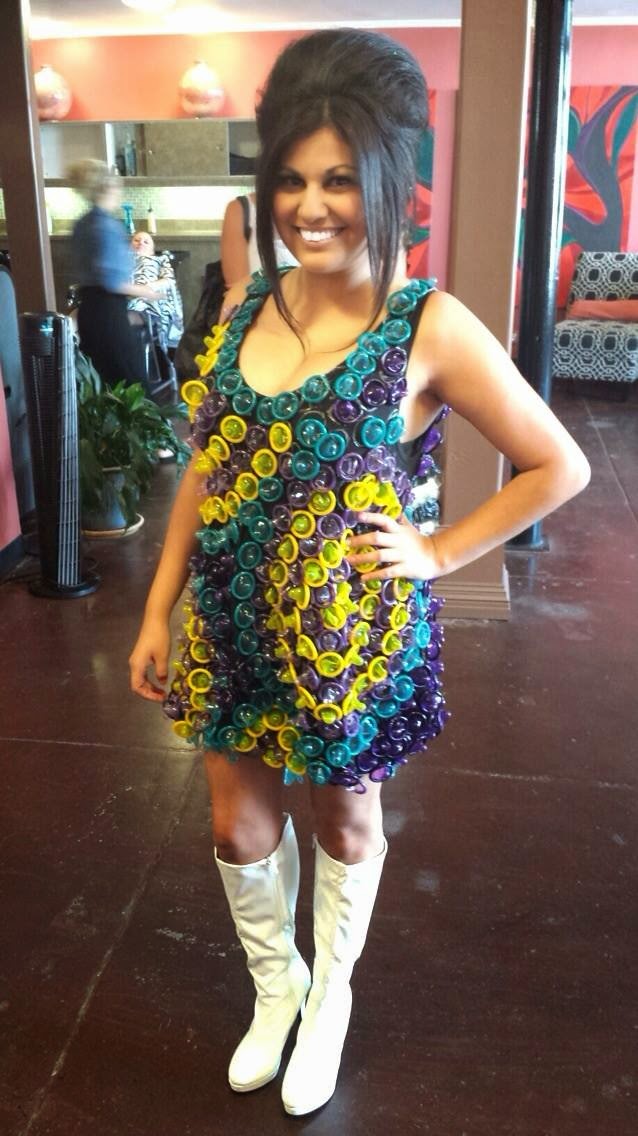 Here's my amazing model! She found the perfect go-go boots for the dress and got her hair styled in a 70's-esque up-do. Check out the video of the fashion show here. (I tried to imbed it in the post, but couldn't figure out how...any ideas?)

Overall, I had tons of fun with this project. It was especially funny when I mentioned something about "500 condoms on my dining room table" and someone overheard and took it completely out of context...hehehe....

Anyone have any other good uses for condoms? So far on our list: keeping glue from drying out and dress decoration.