This semester I'm taking a Joinery and Turning class in the Wood Shop. For my turning project, I decided to make a bowl that could sit on my shelf to hold my jewelry and other doodads.

I didn't want to make a plain bowl, so I decided to experiment with some triangles and see what happened. I made a mock-up first (forgot to get pictures, whoops!), but here's some photos of the final process: 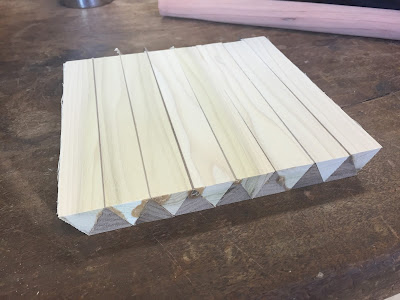 I started by cutting out triangular prisms and gluing them together. The woods I used were poplar and walnut. 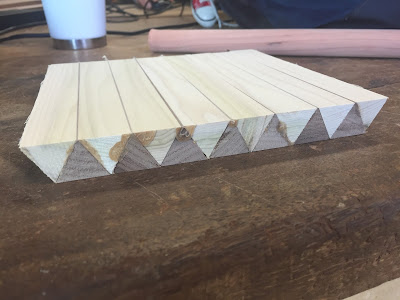 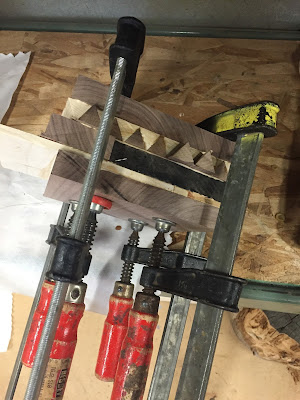 Then I sandwiched the triangles between more pieces of wood. After the glue dried, I cut the block into a cylinder on the bandsaw. 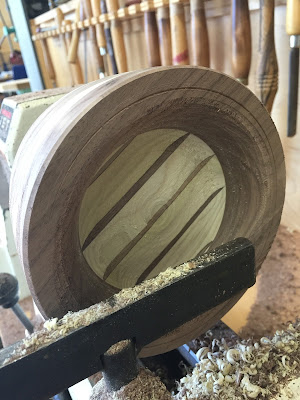 Then it was to the lathe! I started by rounding the outside, then started hollowing out the inside. When I got down to the triangle layer, these really cool patterns started emerging on the inside. 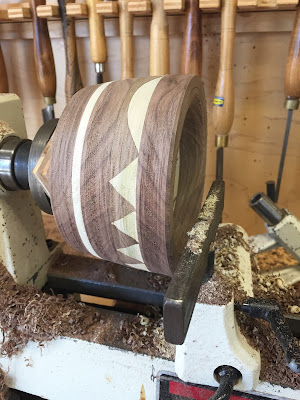 The triangles on the outside rounded out on the sides, there's more pictures of these later. 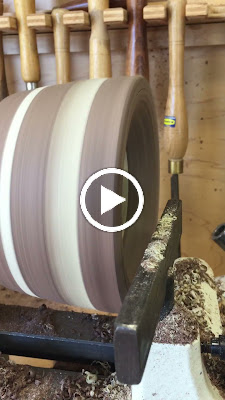 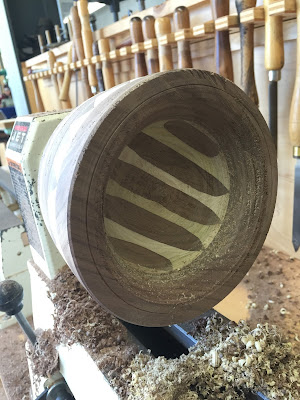 Here's the inside as I worked through the triangle layer. 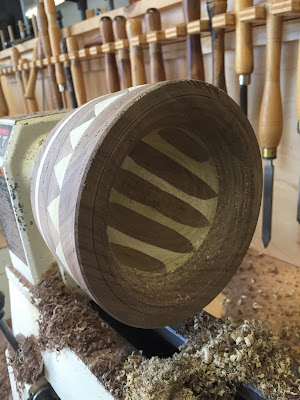 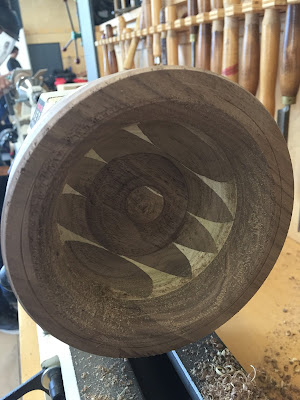 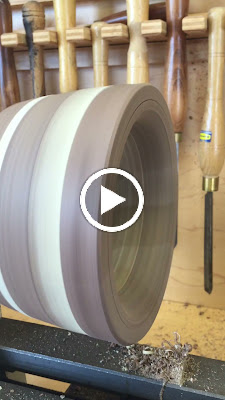 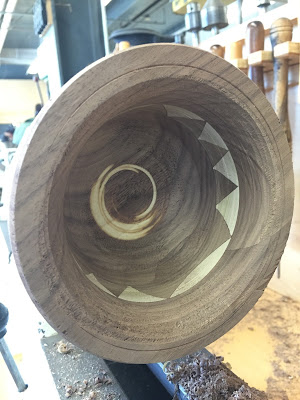 Then I got to the last layer of poplar. 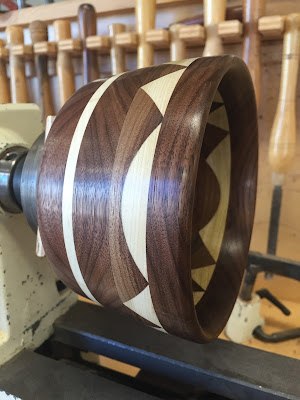 After that, it was mostly touch-ups and then sanding. When I put the beeswax on the bowl, it got a beautiful shine. 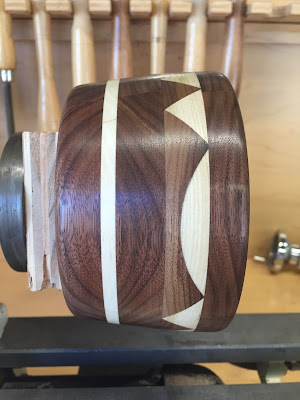 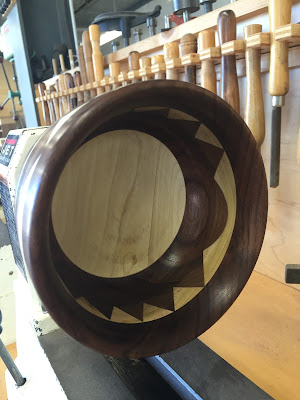 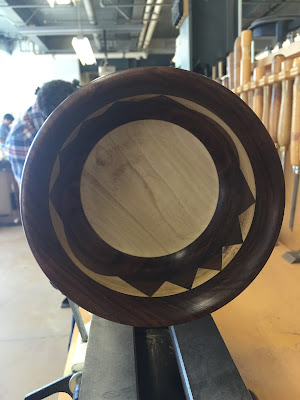 #woodworking
A video posted by Taft Weber-Kilpack (@taftisseamstress) on Apr 5, 2016 at 3:27pm PDT

And here's the super nice photos I took in the photo room: 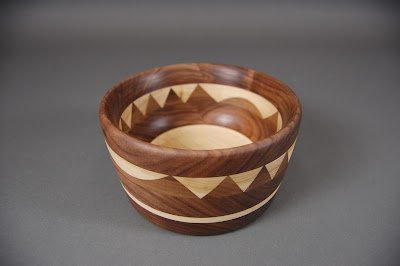 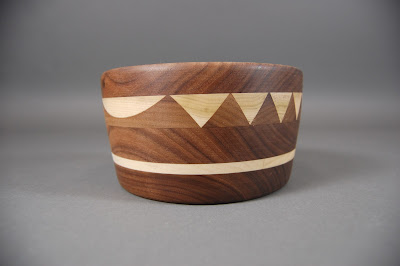 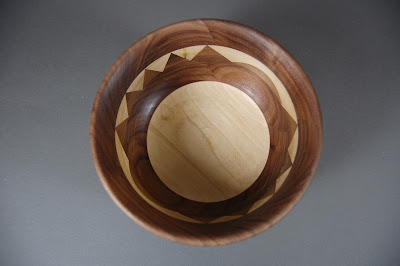 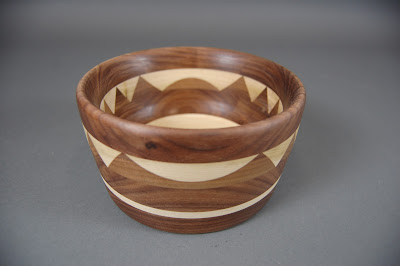 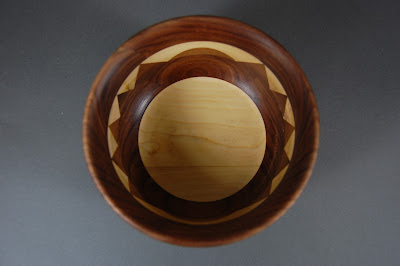 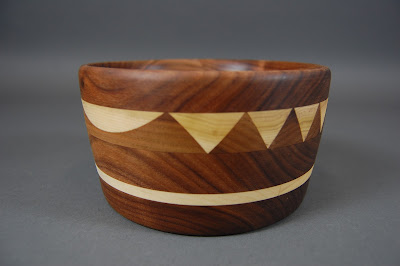 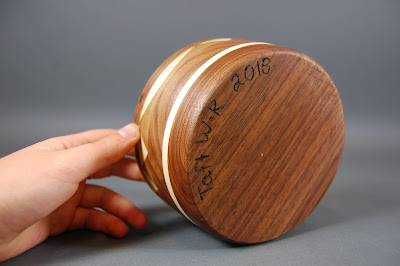 I burned my name and the year into the bottom of the bowl, too. 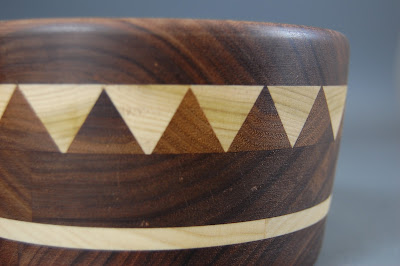 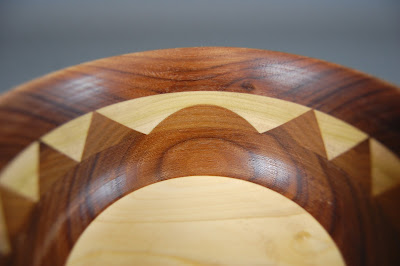