I know, I know. Sewing projects really don't get much geekier than this, but that's okay, because it was probably the funnest project I've ever sewn.

My friend, Cam, went to an anime convention and commissioned me to make a TARDIS cosplay dress for her.

For those of you who don't know, this is the TARDIS: 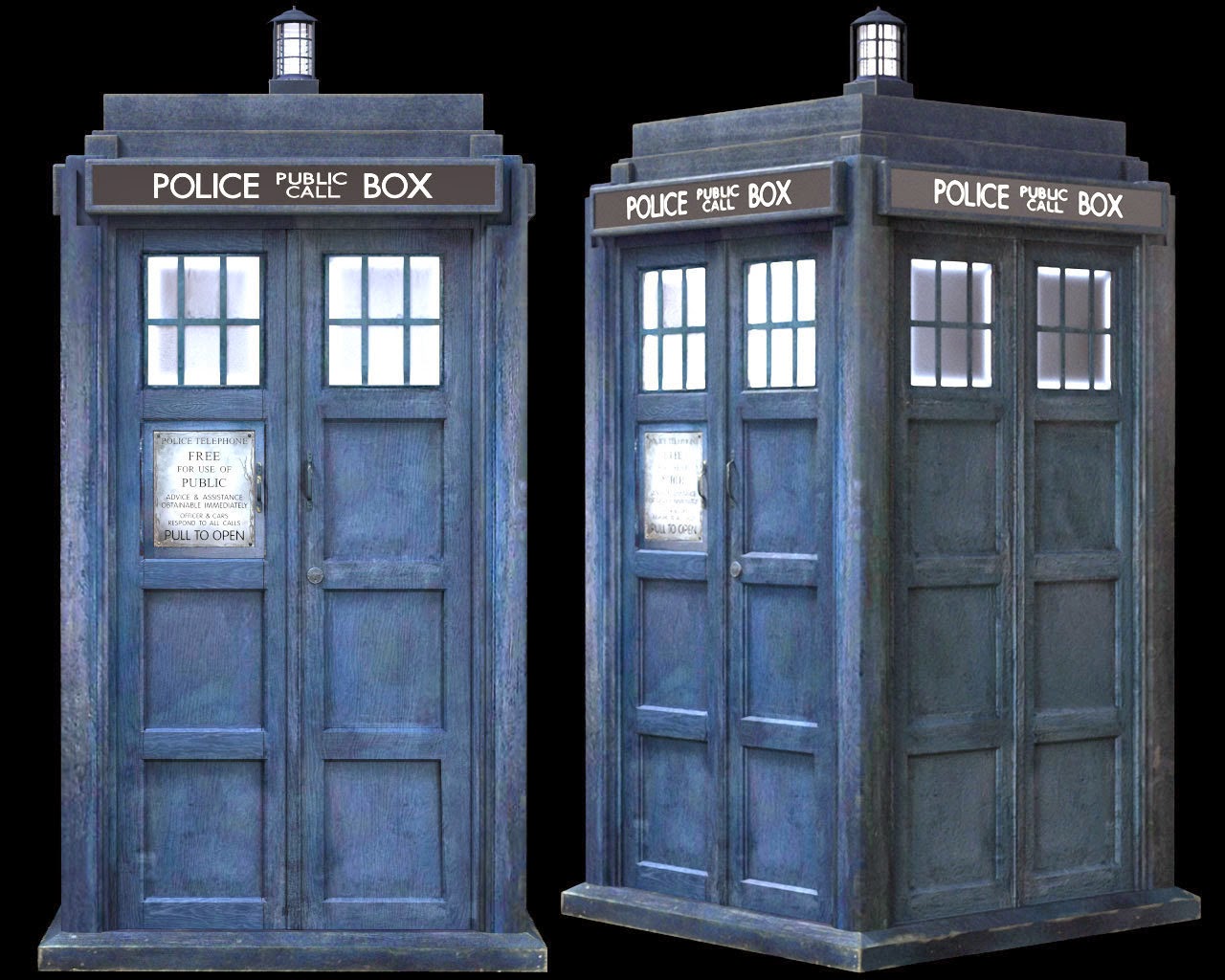 It's from the British TV show Doctor Who and is the main character's time and space traveling vehicle (TARDIS stands for Time and Relative Dimension in Space). I know it looks really small for a time traveling vehicle, but that's because it's bigger on the inside. Just trust me on that.

Cam and I are on the exact same wavelength, so I came up with this design and she approved it in no time flat: 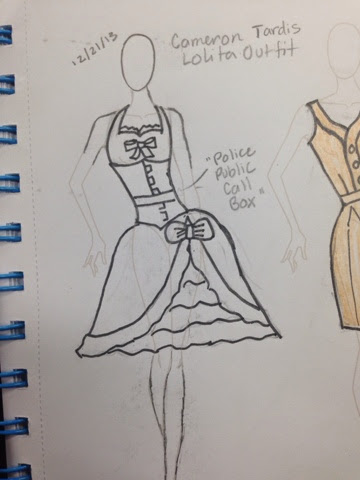 It's a princess-seamed bodice and a circle skirt with an overskirt and underskirt covered in ruffles. It was originally designed to be worn with a corset and have a halter top, but once Cam realized that would mean wearing a strapless bra all day, she quickly changed her mind. Very quickly.

Because this was going to be a very complicated project, we mocked it up first to make sure the patterns fit and Cam liked the silhouette.

Here's the muslin of the skirt and overskirt: 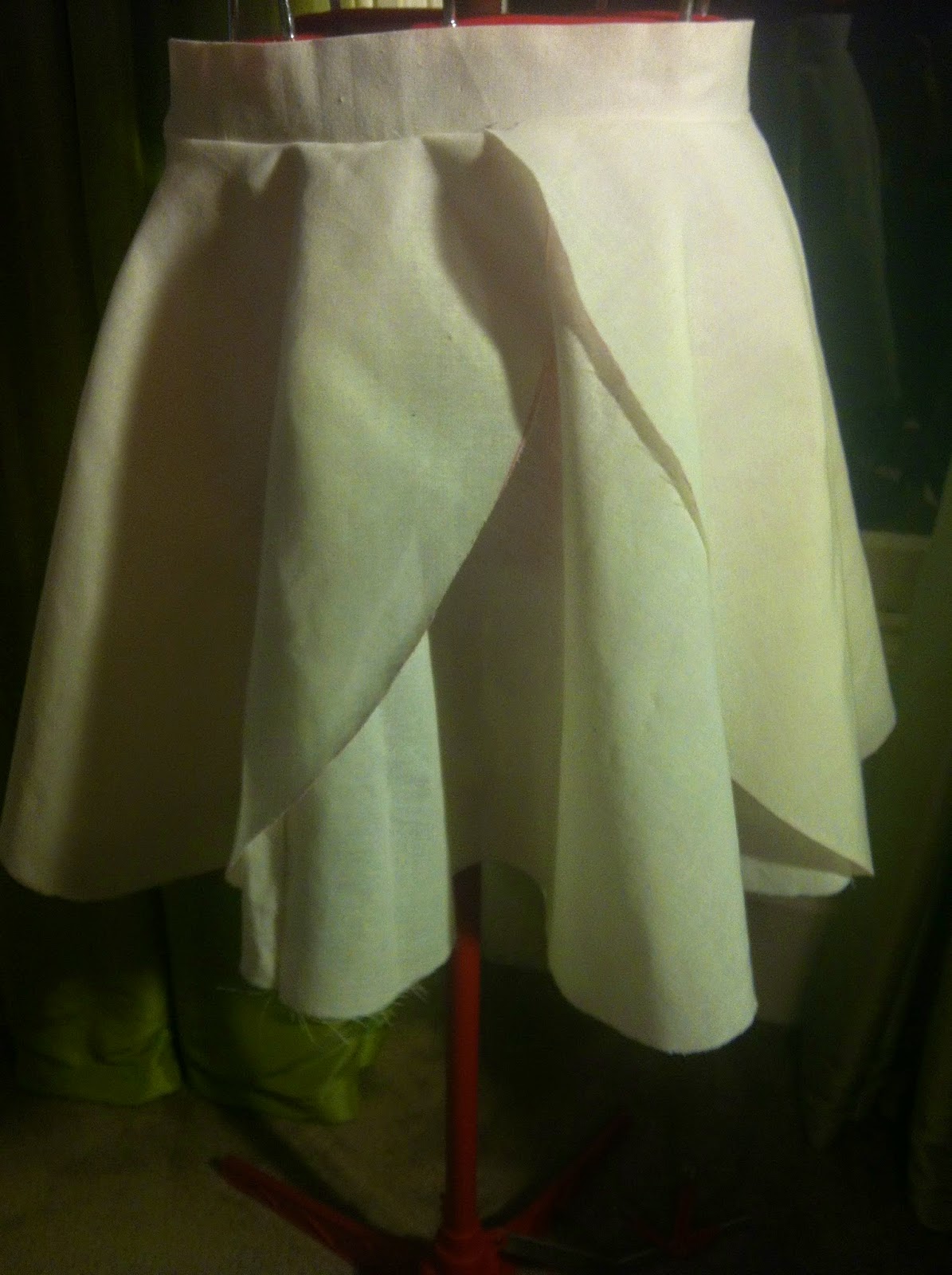 (Sorry for poor picture quality, it was taken late at night. Had to burn a lot of midnight oil to get this project done.)

Then came the ruffles. What I did was draw an 8.5 radius circle with a 2.5 radius circle in the middle and cut them out and sewed the 2.5 radius side to the skirt. It had a similar effect to a circle skirt, where the top is not gathered but the bottom is still very full, giving it a smooth appearance. 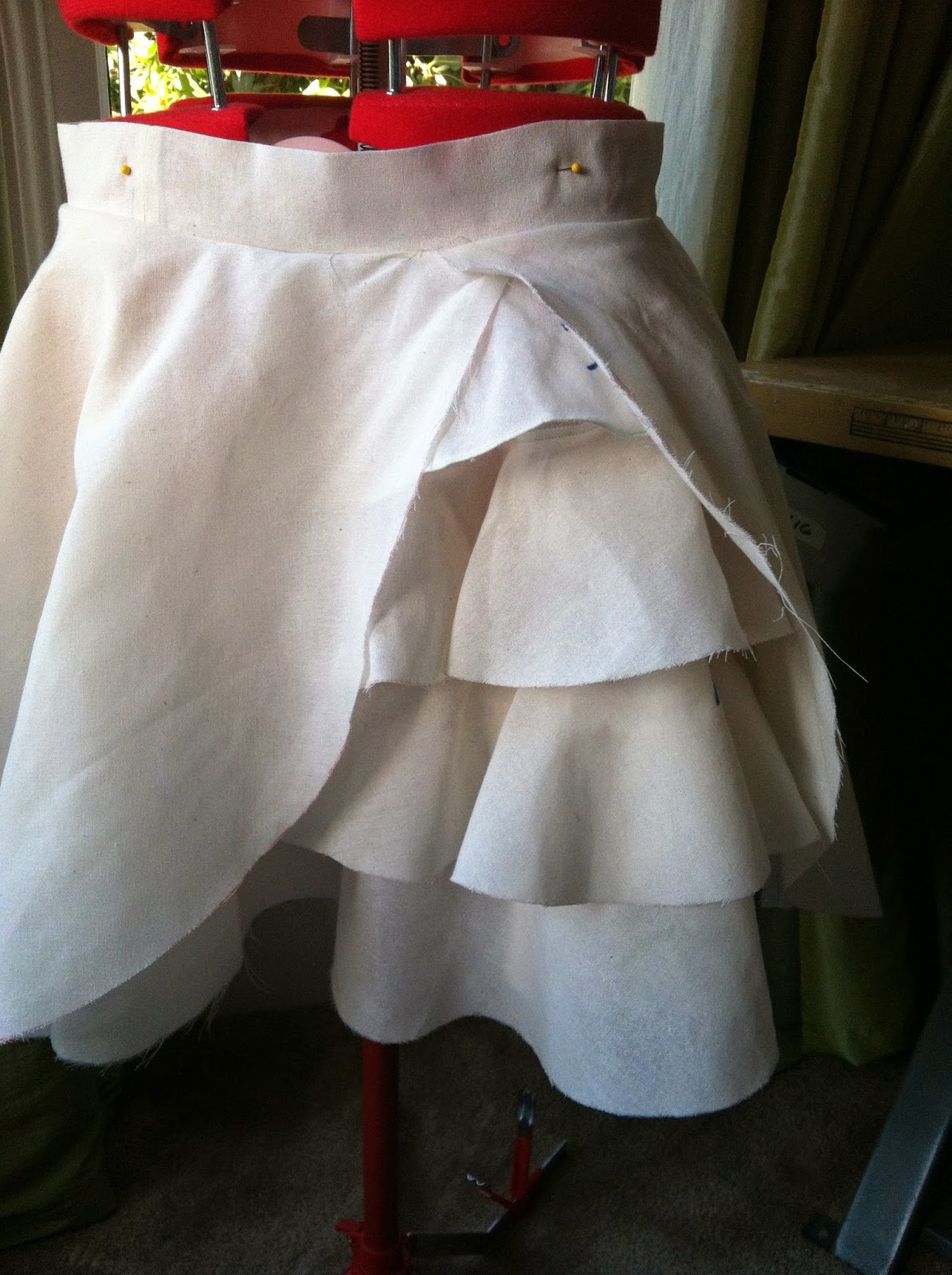 Wish I had taken better photos of the process. Next time I make ruffles like this, I'll be sure to do so.

The bodice was a basic princess-seamed bodice made using this generator. It worked pretty well, just needed some adjustment at the waist and bust. I'd definitely use it the next time I make a bodice like this. 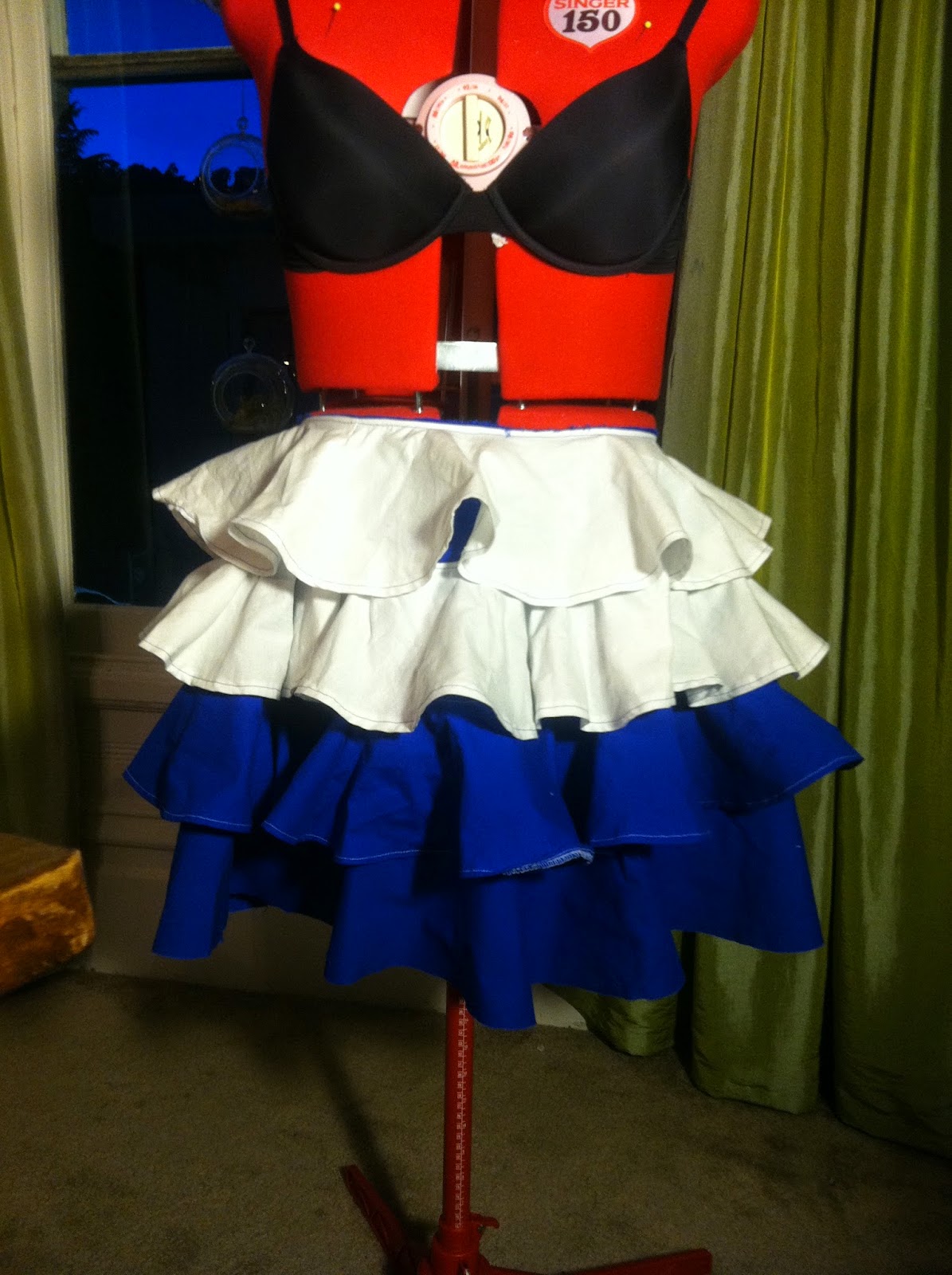 Next week, I'll post about the rest of the dress. Be on the lookout!

Email ThisBlogThis!Share to TwitterShare to FacebookShare to Pinterest
Labels: Commissions