As you know, I went to summer camp a couple months ago (and went into sewing withdrawal) where I did a LOT of swimming. Before I left, I needed a new swimsuit coverup, because my other one was white (not going to fly at camp, where everything gets dirty) with some mysterious stains (just doesn't fly in general).

The day, no, the night before I left, I decided to make my own. At this point, I'm considering naming my brand "Procrastination" (if I ever have one, that is). So, at 9 PM I pulled out this NYU shirt I got to remake to turn into a coverup. 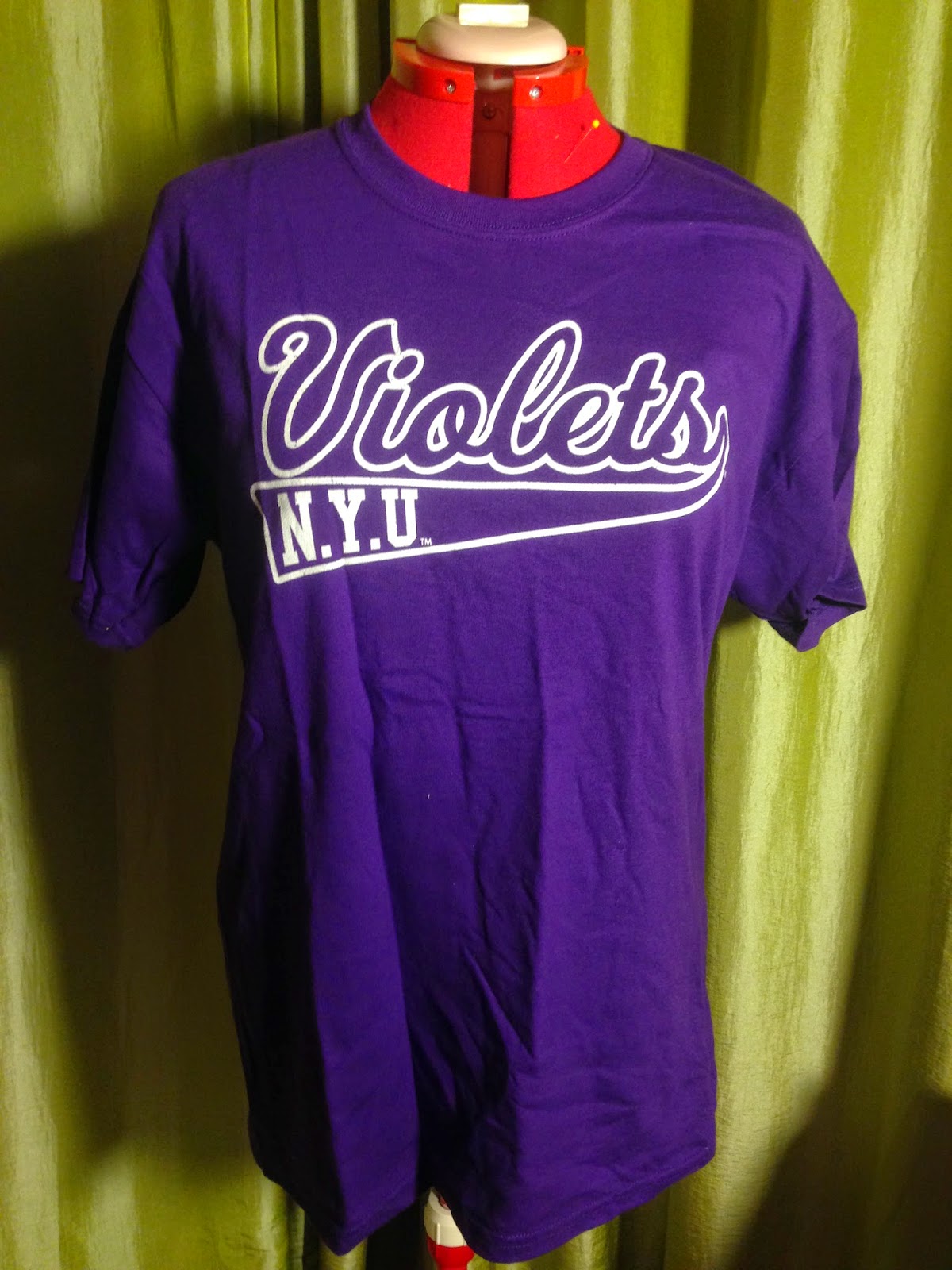 (Apologizing in advance for poor photo quality. Like I said, late at night and bad lighting.)

I grabbed a t-shirt whose sleeve I like and traced it onto the NYU shirt: 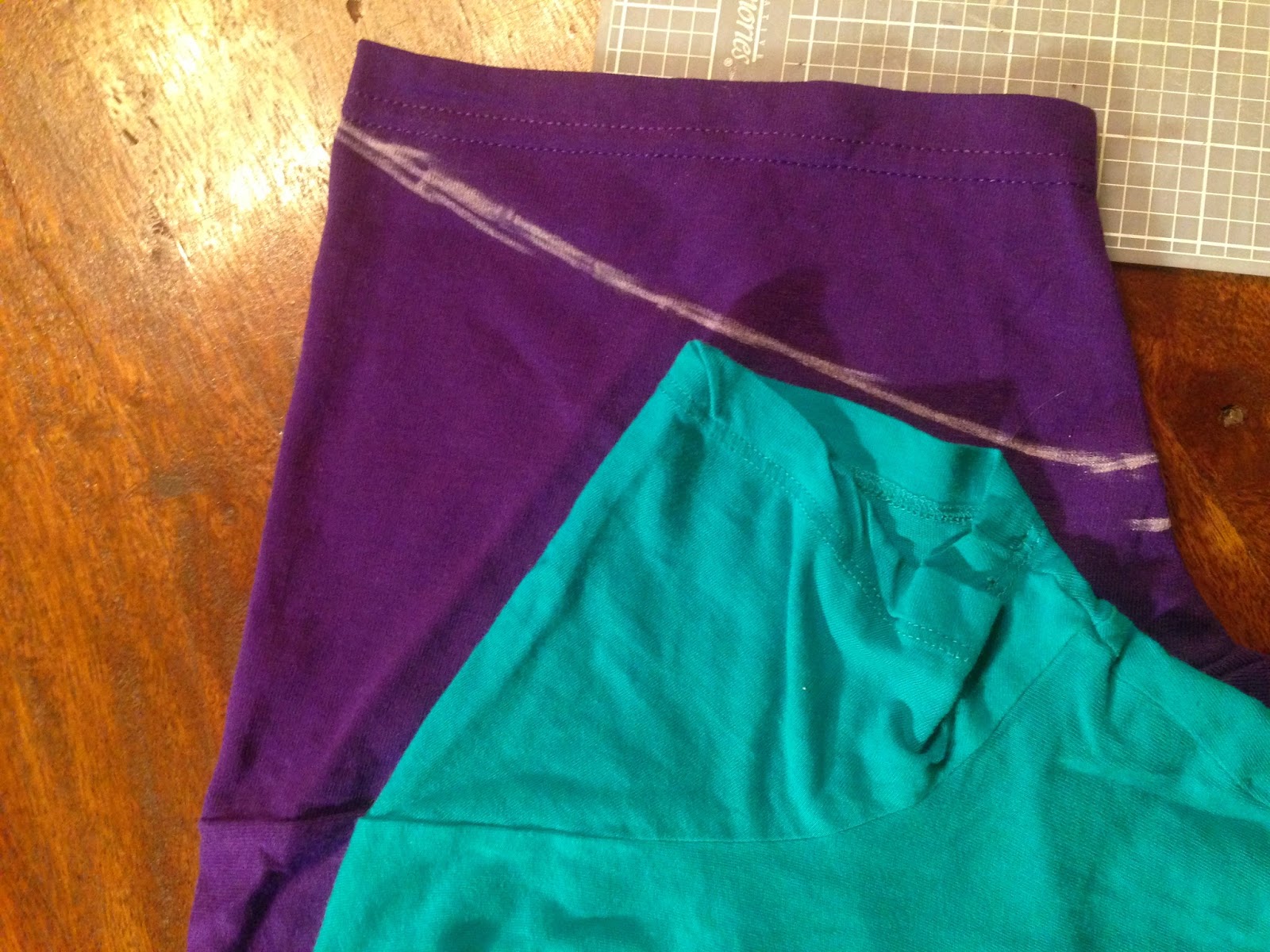 I ended up adjusting it a bit later and rolling the sleeve up a bit, but this was the basic idea. 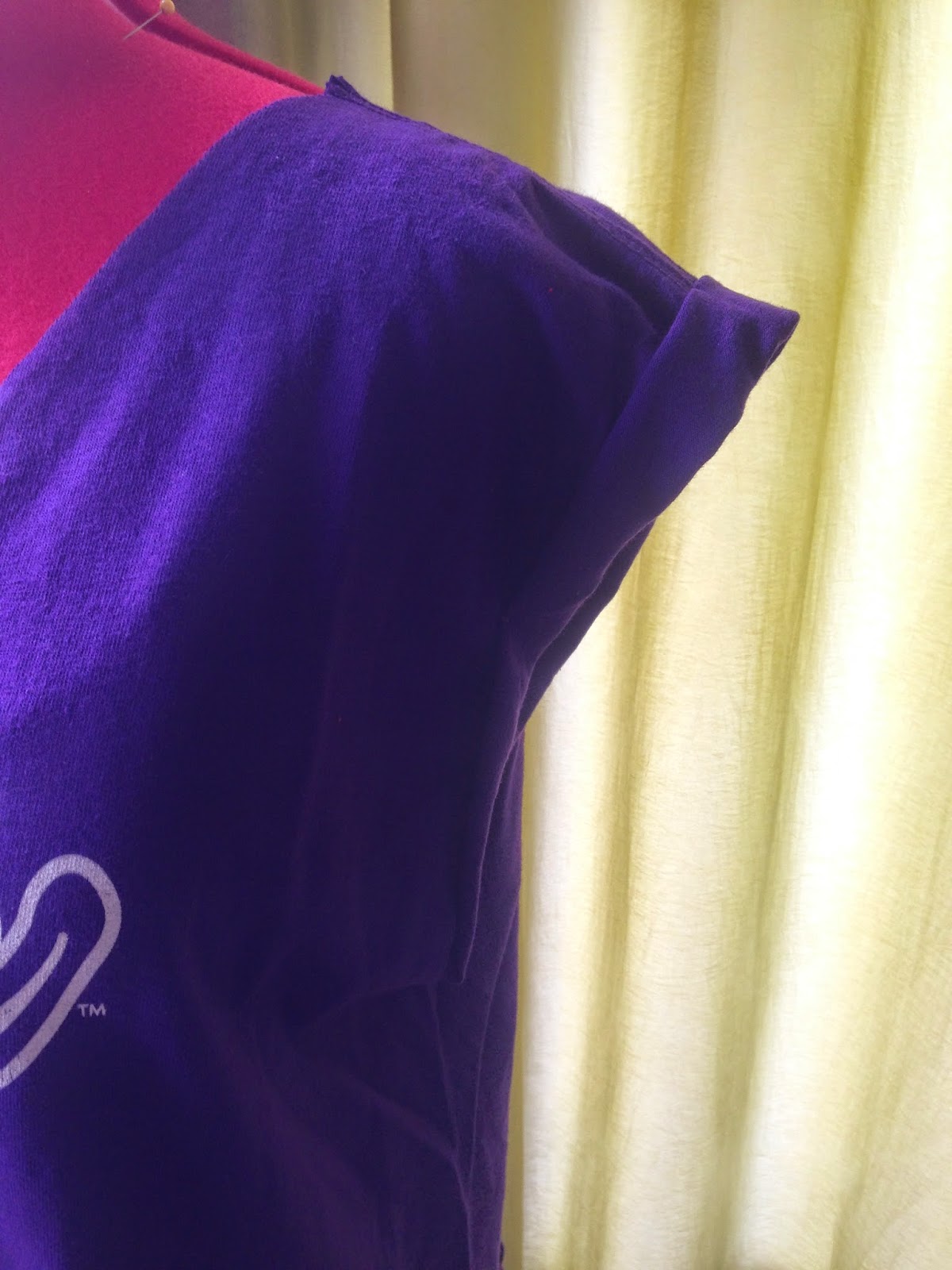 The sleeve's just tacked in place so it doesn't go anywhere. 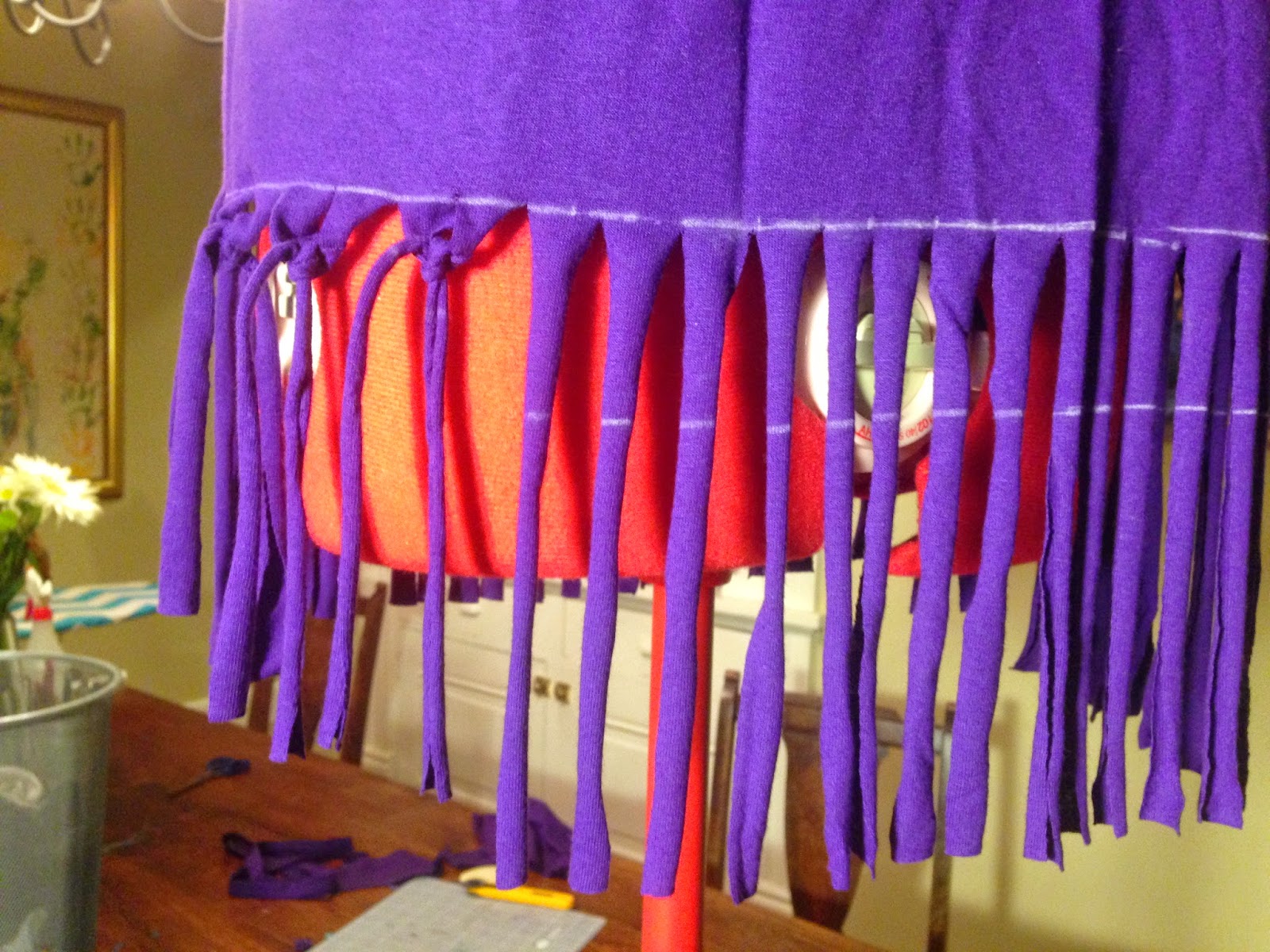 I saw a picture of a technique like this somewhere and decided to put my own twist on it. I cut strips at the hem and tied them together in a pattern. 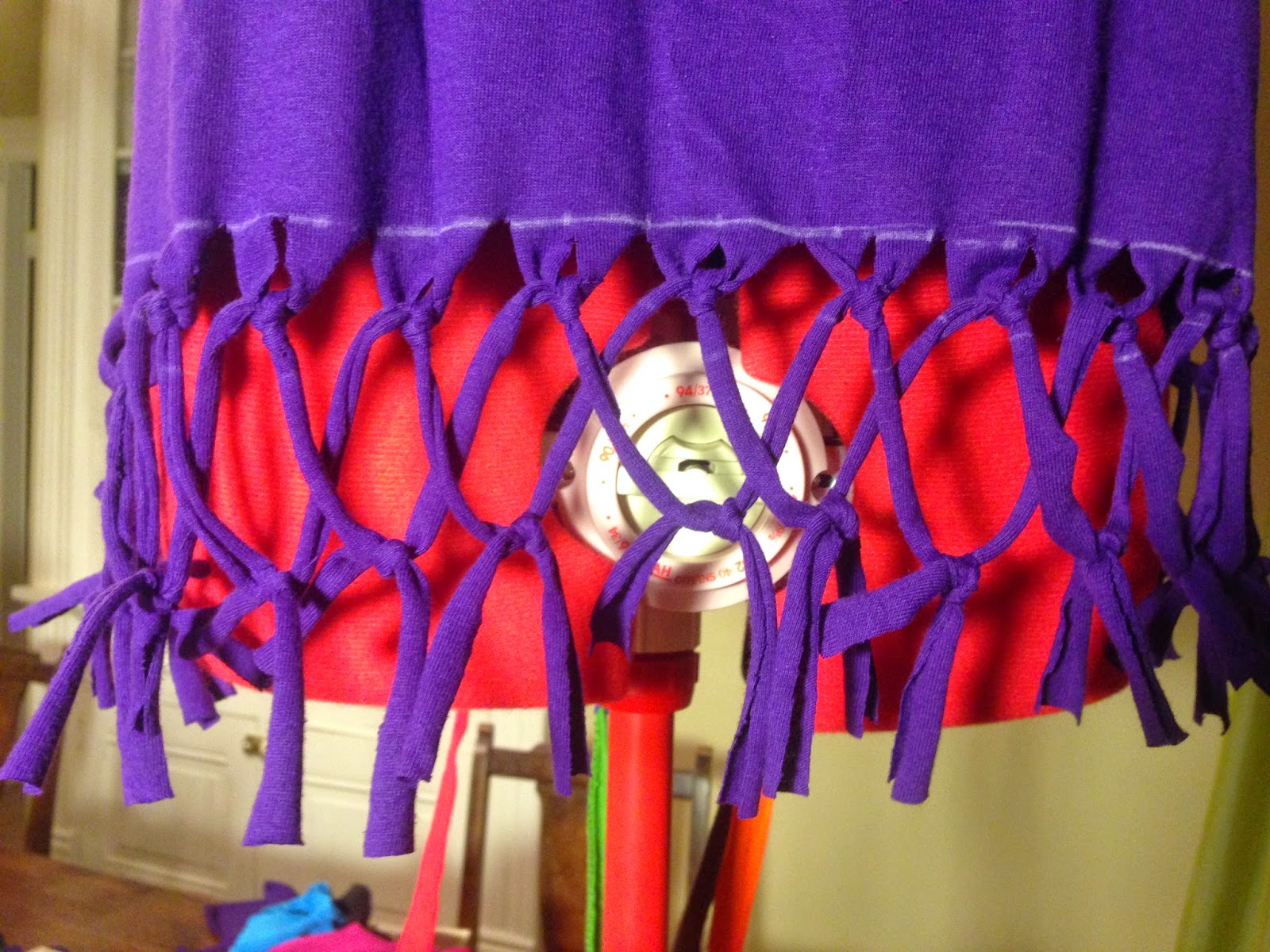 But of course I decided that wasn't enough and tied more t-shirt scraps onto those. 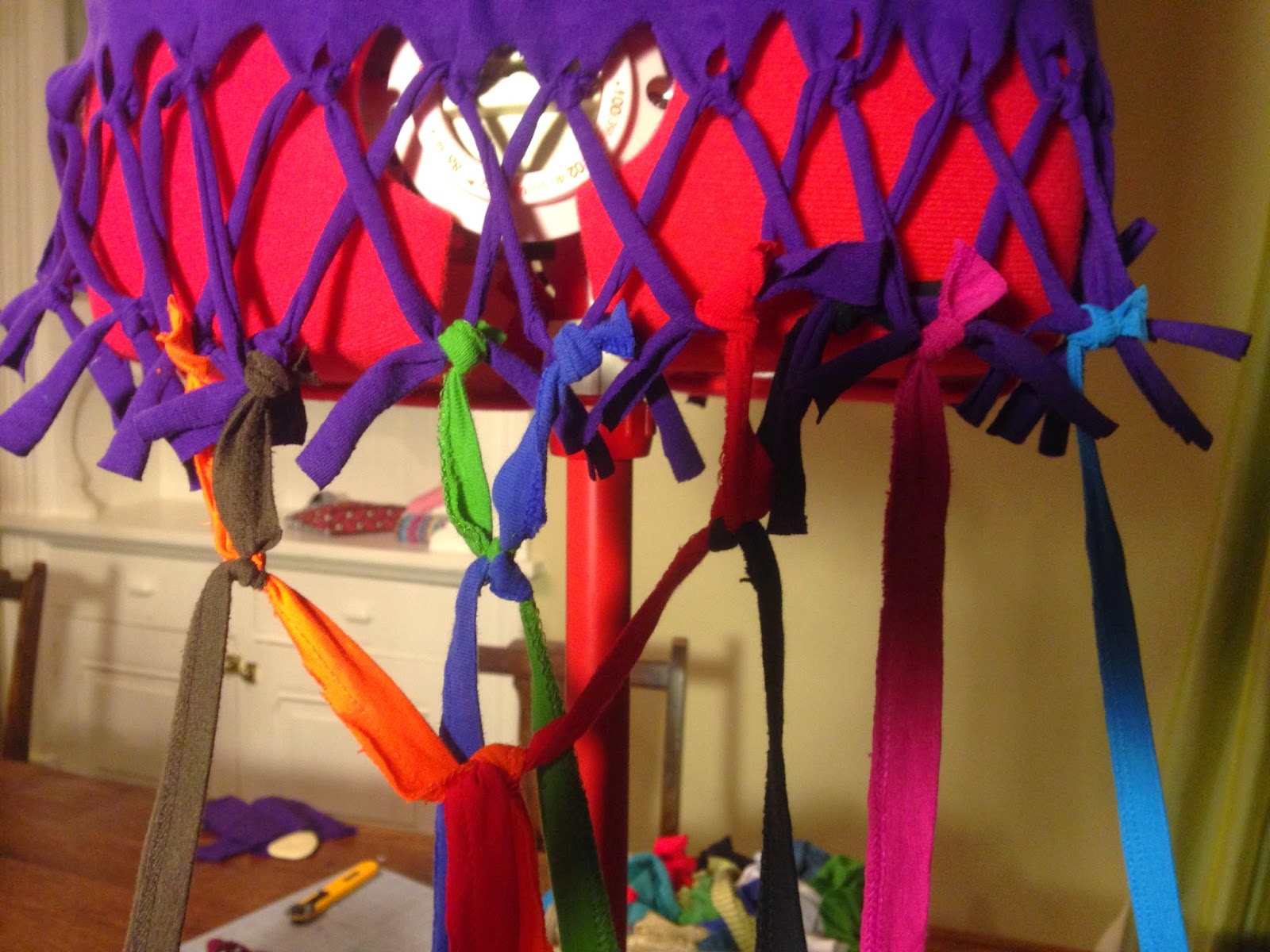 They're the hems cut off of other t-shirts, so each one has its own story. 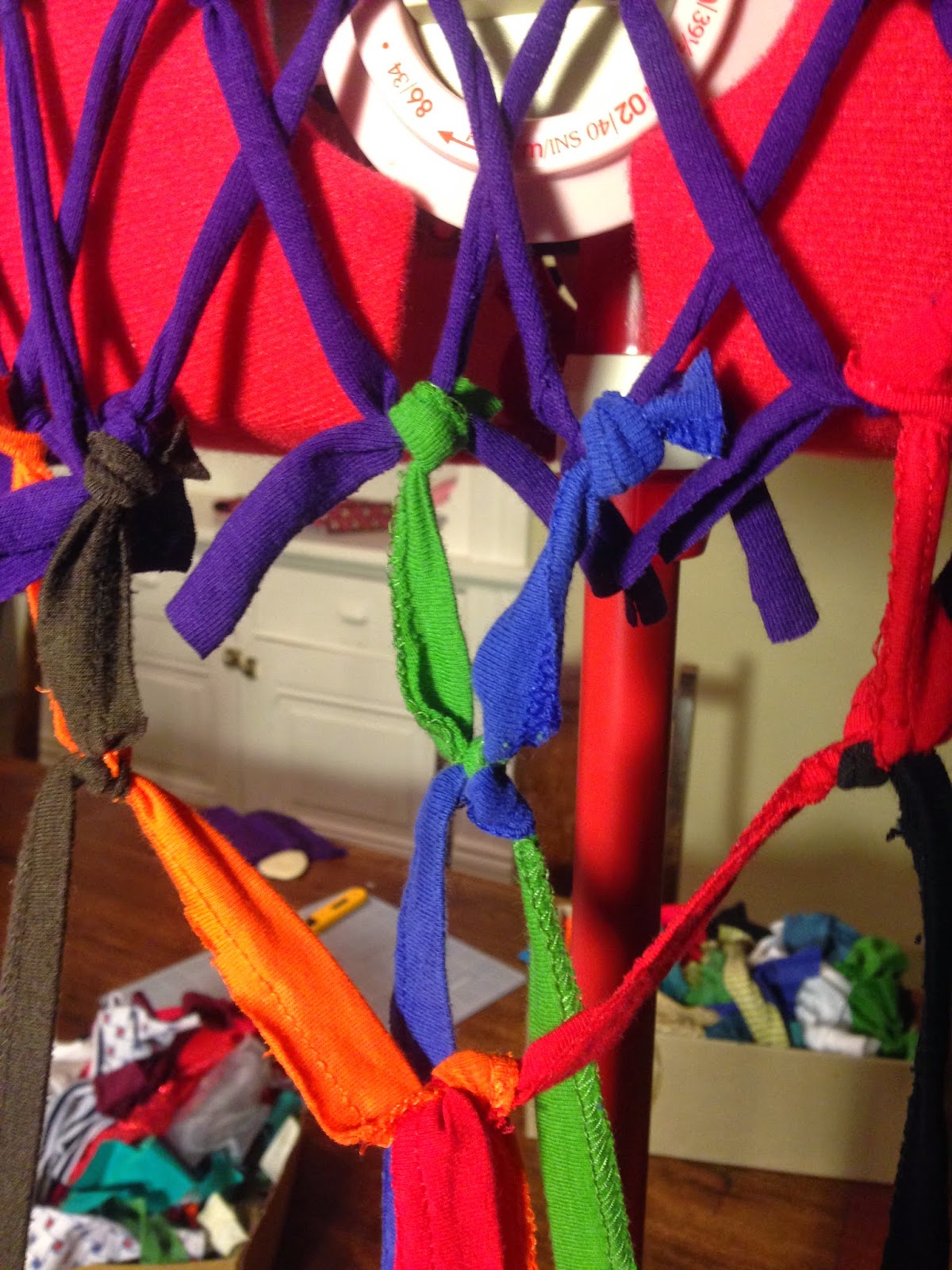 And this went on and on and on until 11 o'clock at night. 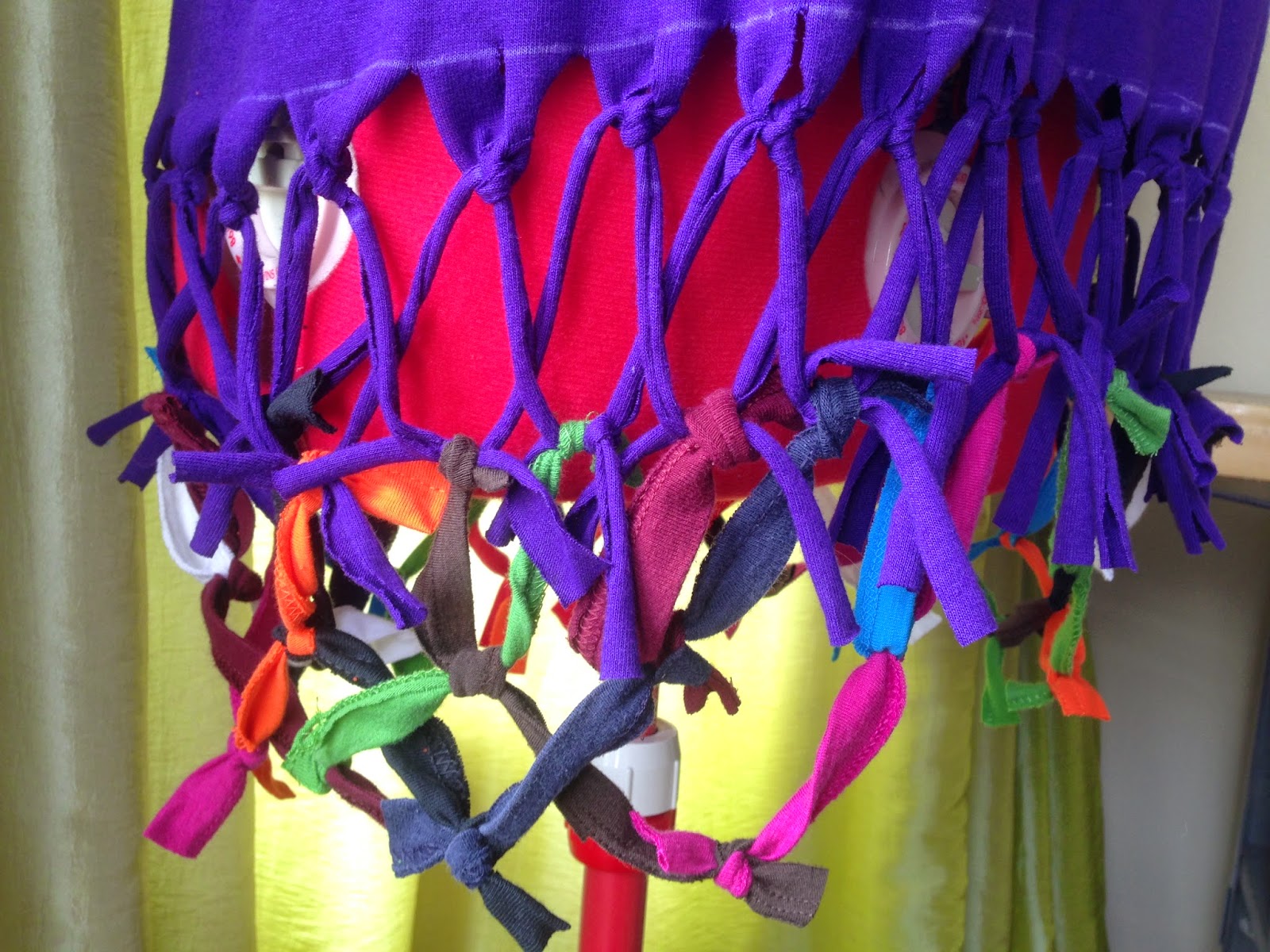 It looks a little messy, but it was so fun to wear on the lawn! It's colorful and has movement and I love that so many projects are represented in this piece. 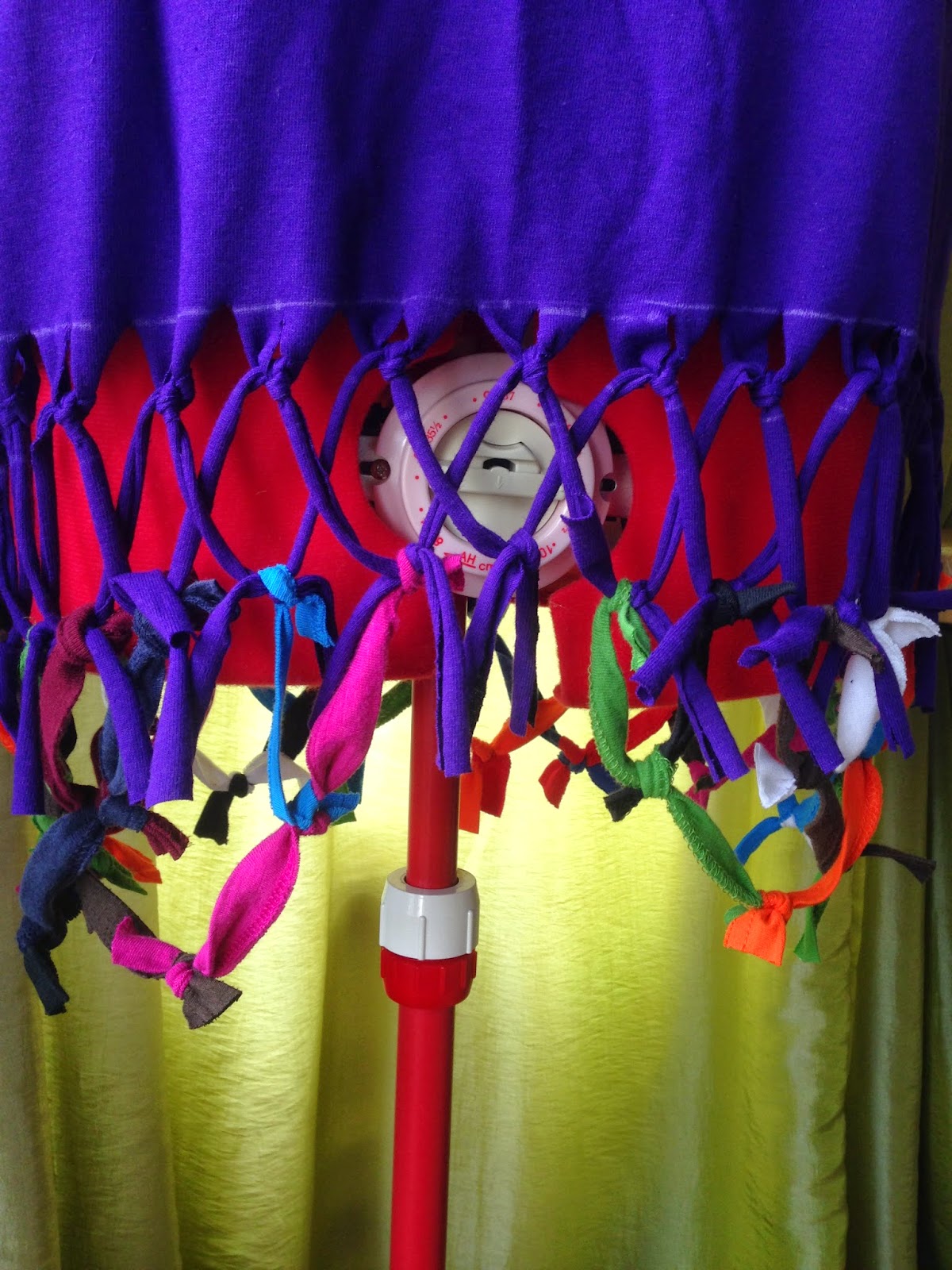 There wasn't an even number of second row knots, so the front has a gap, but I kind of like it that way. It meant that the hem didn't hinder running/playing/etc while I was at camp. 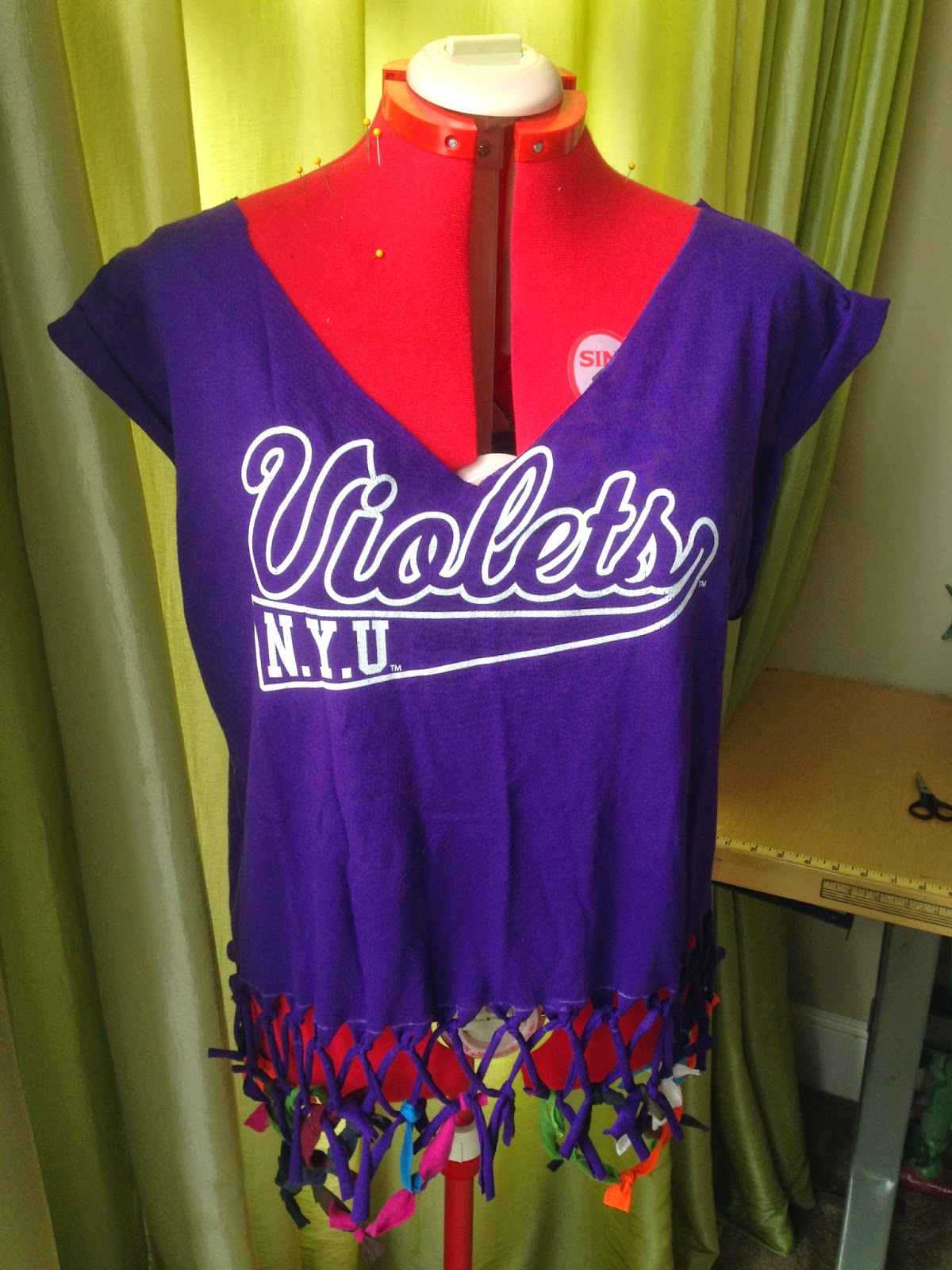 I also cut a lot of fabric out of the neck so I could pull it on/off easily before and after swimming. I ended up cutting too much, though, and sewed a strap across the back at camp (cut from the bottom of a t-shirt I had there). 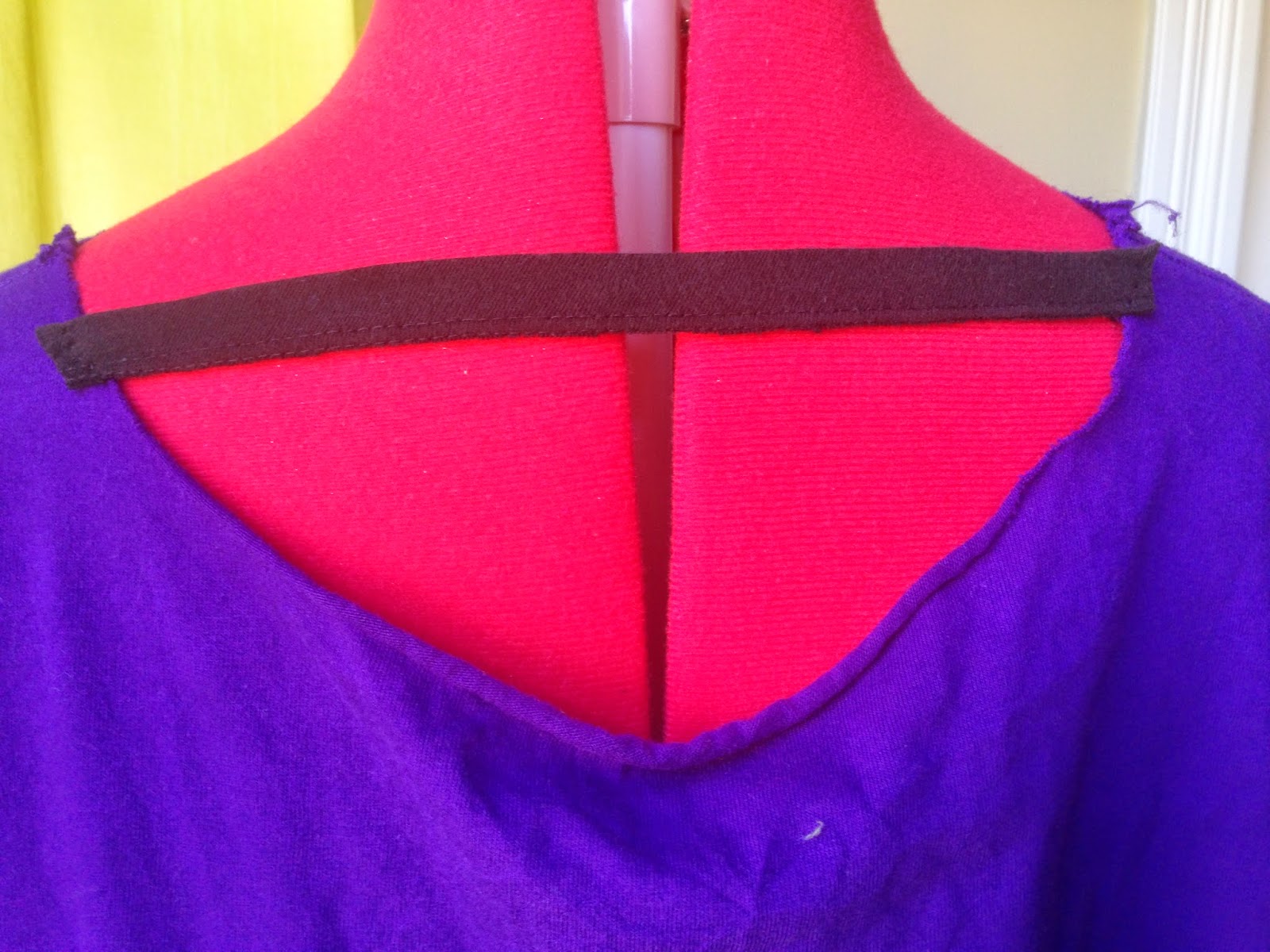 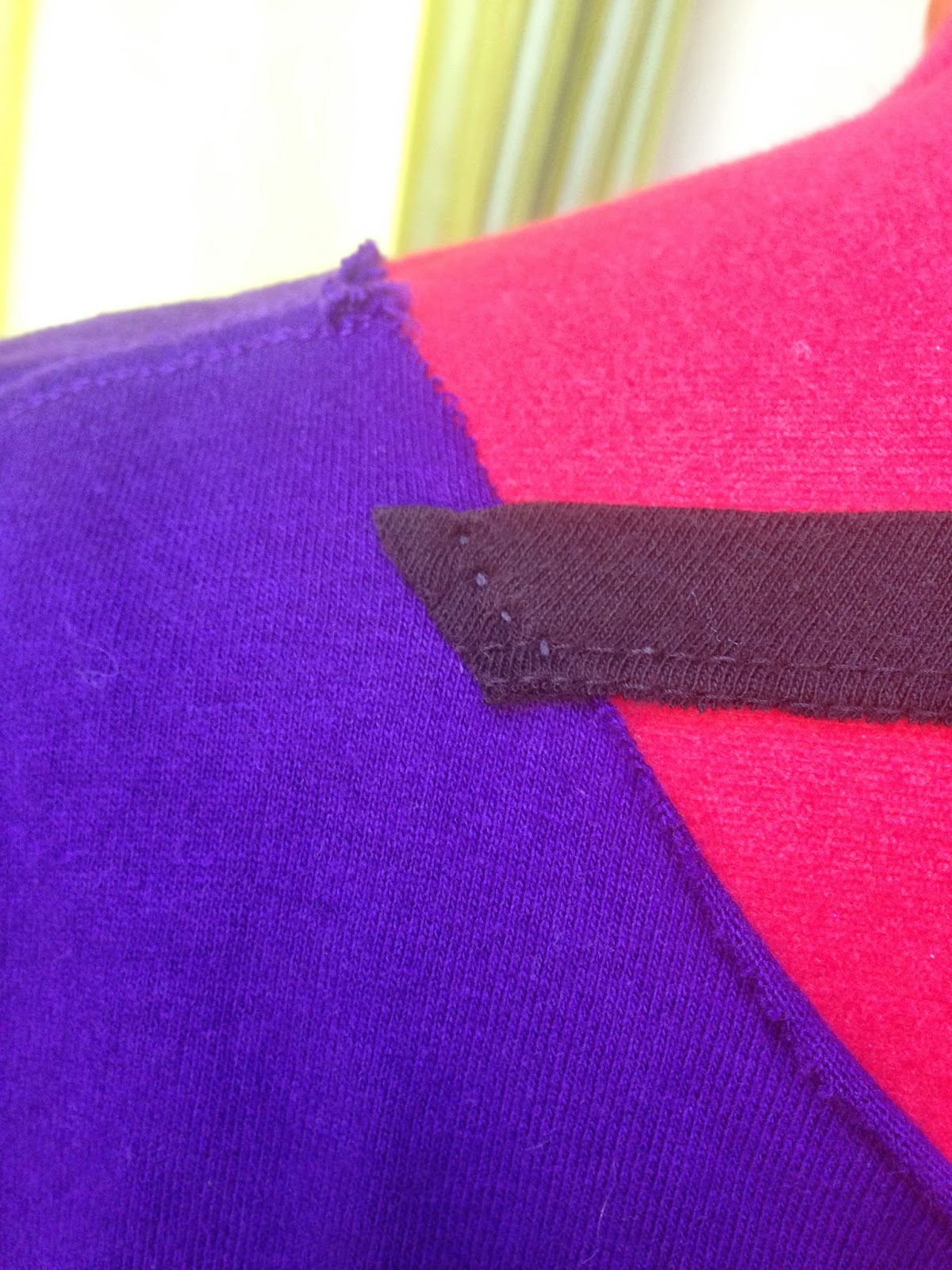 I loved wearing it at camp and I got some great compliments. Can't wait to wear it again next year!

Email ThisBlogThis!Share to TwitterShare to FacebookShare to Pinterest
Labels: Alterations and UpCycles